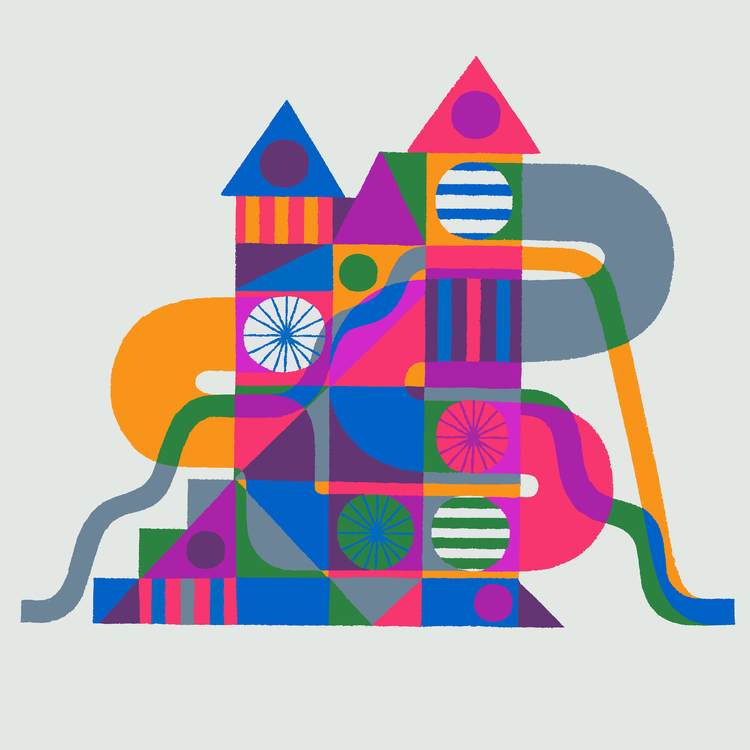 Hi, Adrian!
How would you describe yourself- who is Adrian Johnson?
Last time I checked, I was a 42 year old father of two boys and husband to one woman. This reality is somewhat sobering because in my mind’s eye I’m 27. That’s how old Adrian Johnson is from the inside. Being a father and a husband is my full time profession, illustration is an obstacle I must negotiate on a daily basis to keep wife and progeny alive and well, and myself sane.

What are you doing nowadays?
Professionally? I’ve been working for Apple more or less continuously since before Christmas developing the Today at Apple brand. Back in October last year I was asked to take part in the first ‘Today at Apple’ event at the Apple Store Regent Street. On the back of this they commissioned me to create a series of graphics for the massive screens they have at their flagship stores. It’s been a hugely rewarding process, building up and developing a brand like this almost from scratch. Today at Apple is all about the human interaction with the brand and their product, not the product itself. Apple’s products are generally very simple aesthetically. The challenge was to create a series of images that focusses on the interaction of people with the product where the product itself almost disappears…

Aside from work, oh you know… ‘Dad stuff’. 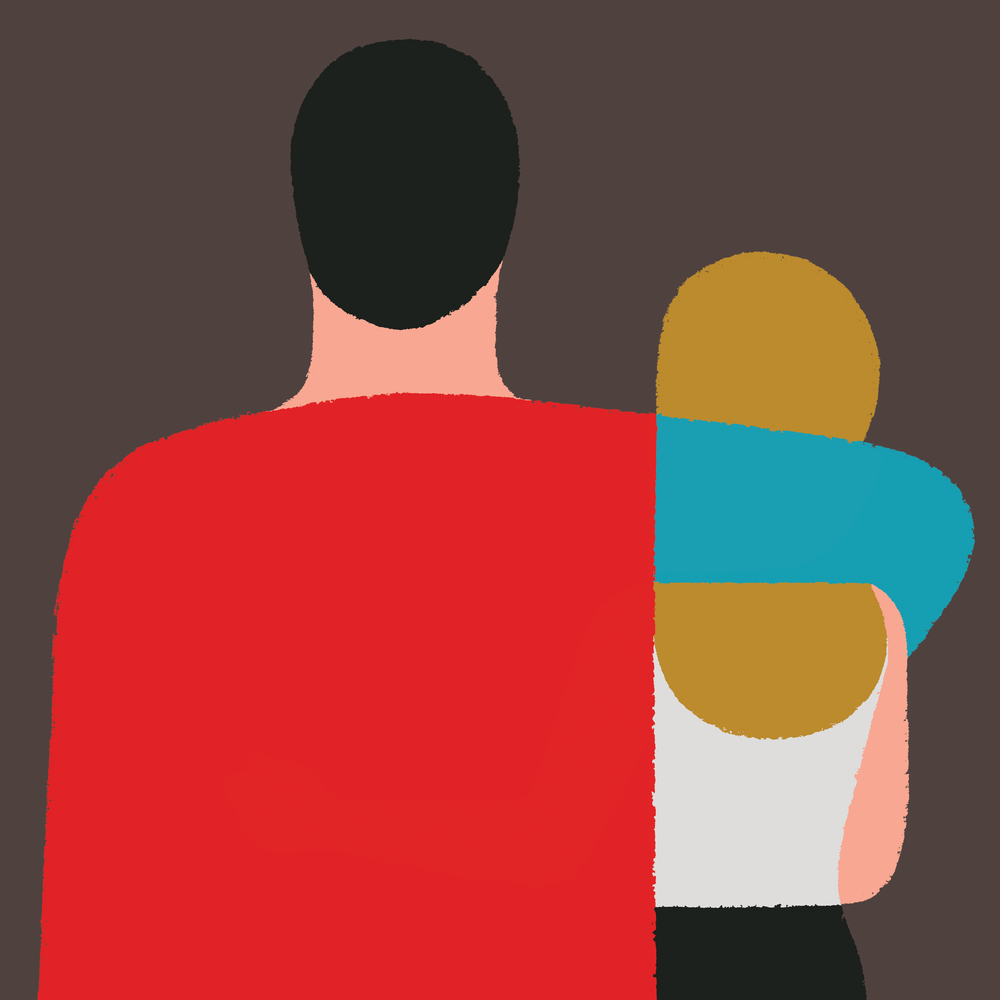 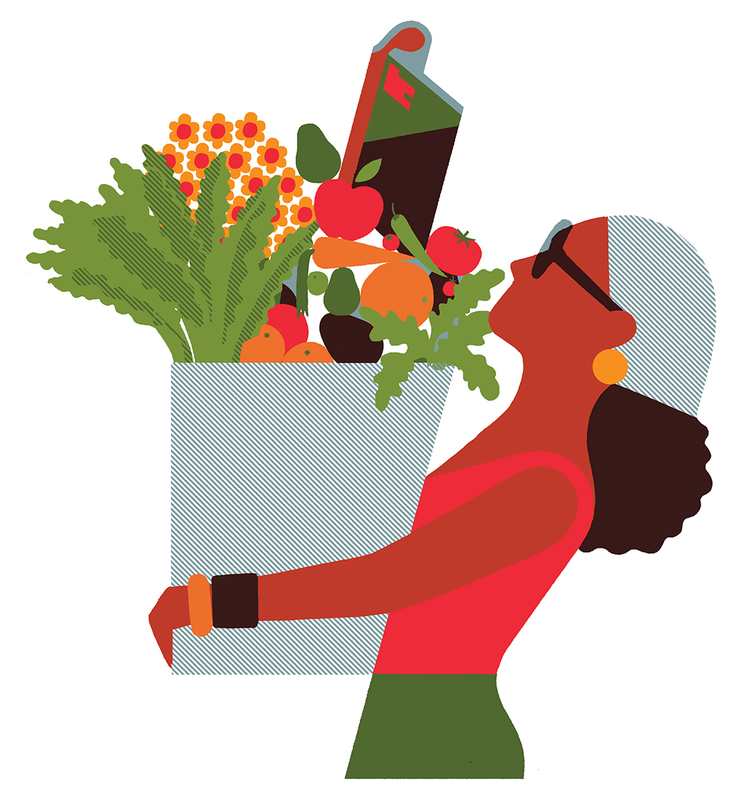 How did you develop your visual language which we see in your work?
Whilst I was at art school (in the mid-90s) I became obsessed with mid-century popular culture. I was massively into the mod scene which exposed me to all manner of inspiration, none more so than the record sleeves of the era, in particular those of Blue Note. This was pre-internet, so the only way I could seek out such beautiful imagery was in record shops or libraries. Kingston University’s library had one book which featured a few covers, along with posters from advertising and publishing. It was called ‘Modern Publicity’ and basically became my bible. The was the catalyst to where my work is now, but perhaps the most important thing to mention here is that it was all I had for inspiration. Just this book. It meant I had to ‘fill in the gaps’, and use it purely as a starting point. It would be impossible to be directly influenced by one image or another as not only were most of the images in black and white, they were also so varied stylistically. I just knew I loved everything in the book, but if I wanted to create work that shared these aesthetics I’d have to make it up myself, and make the work my own.

I’ve always been inspired by the ‘stripped back’ aesthetic a lot of design had from this era- often born from necessity (such as relatively simple printing processes etc). I’m a reductionist at heart, and enjoy the process of distilling concepts down to their purest, most essential form. I’d say that having children has also definitely moved my work into a slightly different direction too… 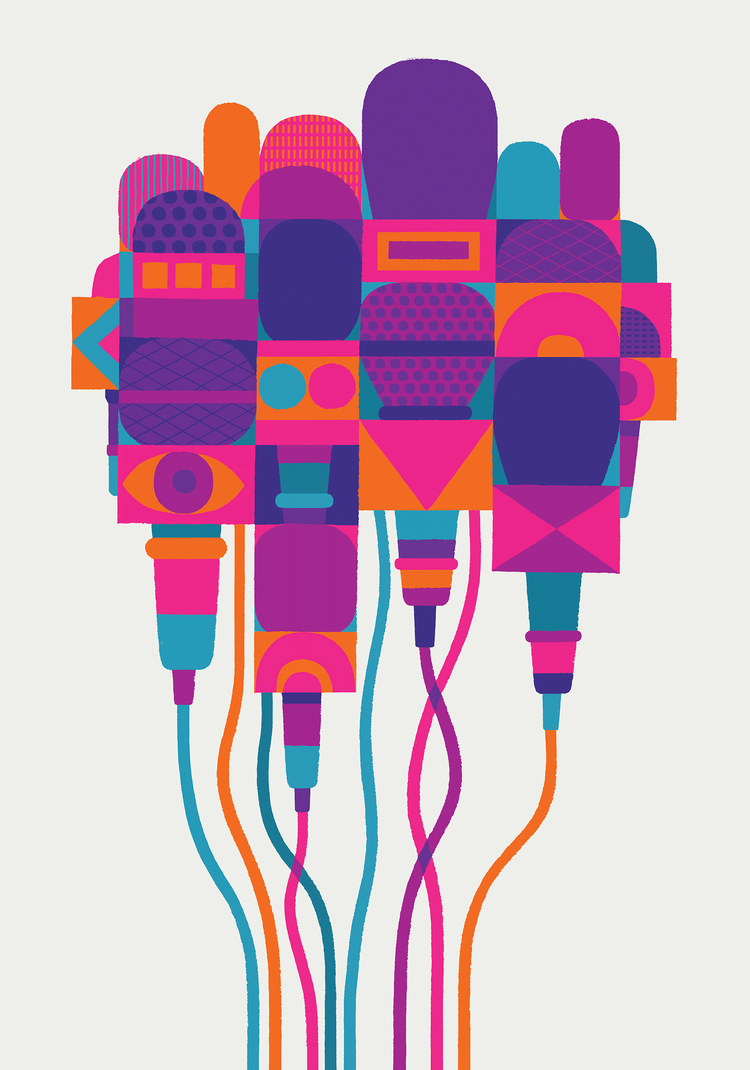 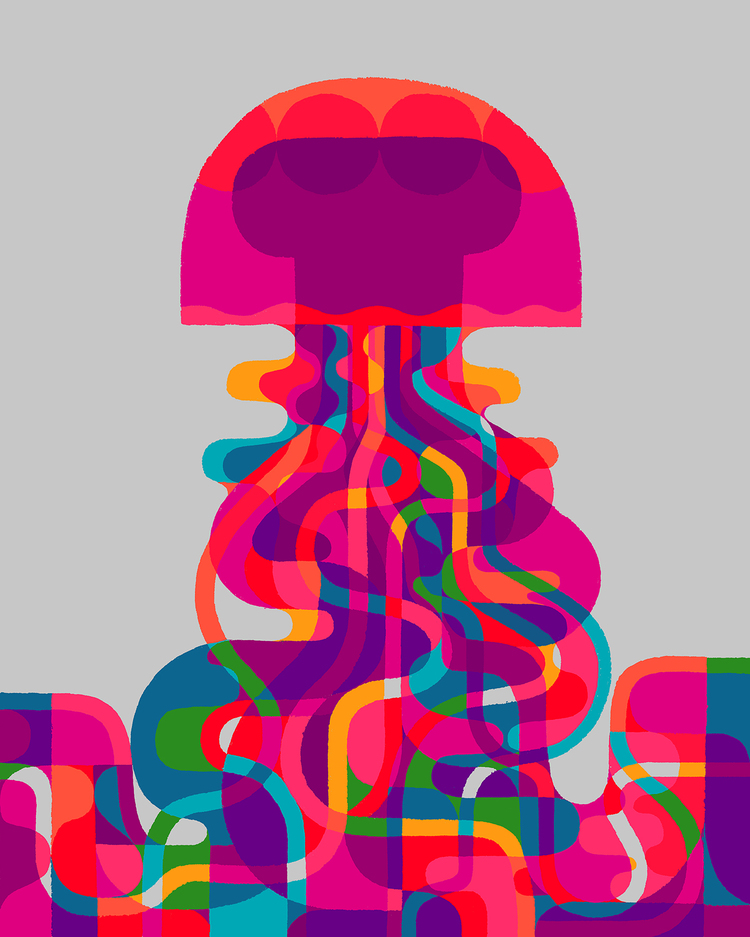 You’re born in England and now live in Copenhagen. How did you get there, how does the creative scene differ there compared to England?
I was born and raised in Liverpool, then moved to London to go to art school and stayed there until we had kids. We moved to the countryside on the South Coast of England where I went mad. I had a midlife crisis and subsequently we moved to Denmark.

Its difficult to say, but I’ll always be grateful at the years I spent in London- effectively my 20s and early 30s. London is an amazing city, full of amazing people- everyone on their game. I shared studios with some incredible artists and designers and it seemed like almost every Thursday night there’d be a gallery launch / private view of someone’s awe-inspiring work. There was very much a ‘scene’ I think, and there possibly still is, but having kids and moving to the shires kind of put an end to that part of my life. From the South Coast you could dip in and out of it all, but to be honest I felt like a bit of an outsider.

The creative scene in Copenhagen is quite different to that of London as creativity is something that is truly valued and nurtured across all facets of Danish society. It’s one of the biggest reasons we moved here, as under the current British government creativity is something allocated little or no value in education. My eldest kid’s school in England had ‘art week’. Art ‘week!’ as in one week a year! I consider creativity to be the UK’s greatest export, yet it’s not something the government appear willing to recognise.

We’ve only lived here for a little over a year, but from what I can tell so far there’s an appreciated understatement to design here- it’s appreciated yet not overly-celebrated. I think good design and creativity in general is more integrated into every day living here. It’s openly encouraged, and it’s accessible. 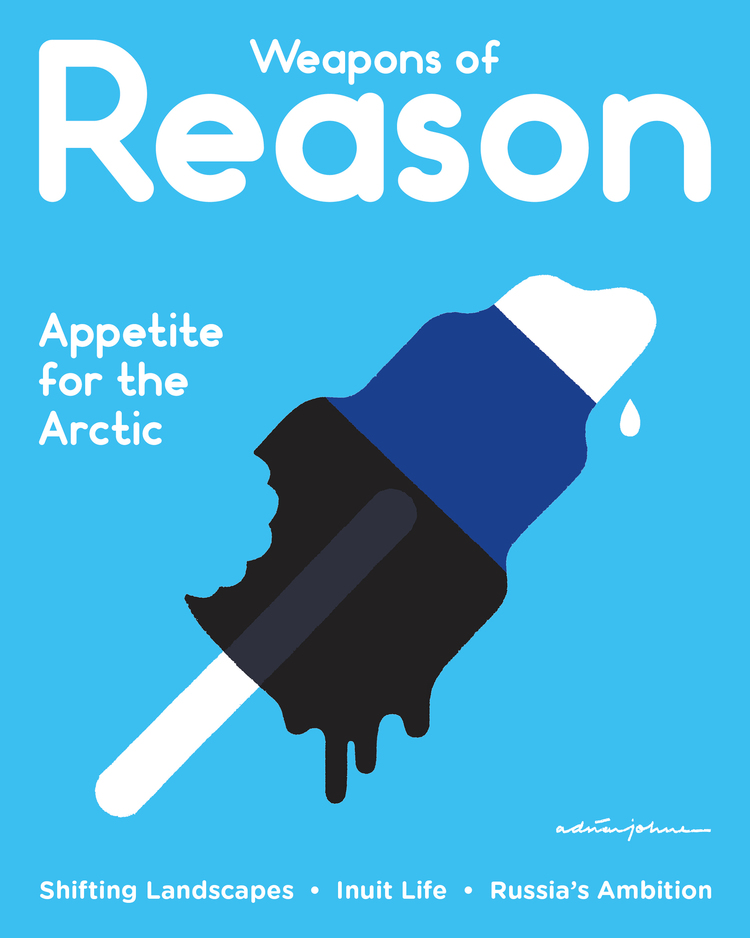 What was the first thing you draw as a kid, do you remember?
I’m pretty sure it was a WW1 bi-plane…

As a kid what did you want to be when you grew up?
Some might argue I still haven’t grown up. I really wanted to work in special effects though, thats for sure. I grew up watching Ray Harryhausen films and was enchanted from an early age into making models of mythical beasts out of pipe cleaners and plasticine. We video-taped ‘Star Wars to Jedi : The Making of the Saga’ and I was utterly mesmerised by how the original trilogy was made- from the puppetry to the background painting…

Could you please describe your idea of a perfect day?
A lie in. I don’t get to do this much and as I recall, I used to be really good at sleeping. A rare talent for slumber. A good 80km on the road bike in the morning sunshine, lunch with the family, lazing around at the beach / in the park, more food (lots of, Asian), a strong, fragrant highly-hopped IPA or two. Maybe a Saison. Kids go to bed with minimum fuss. Rosé, listen to some tunes / watch telly with wife. Bed. Are you expecting me to mention work? Nah… the sun’s out.

If you never needed to work again, what would you spend your time doing?
See above. Repeat. 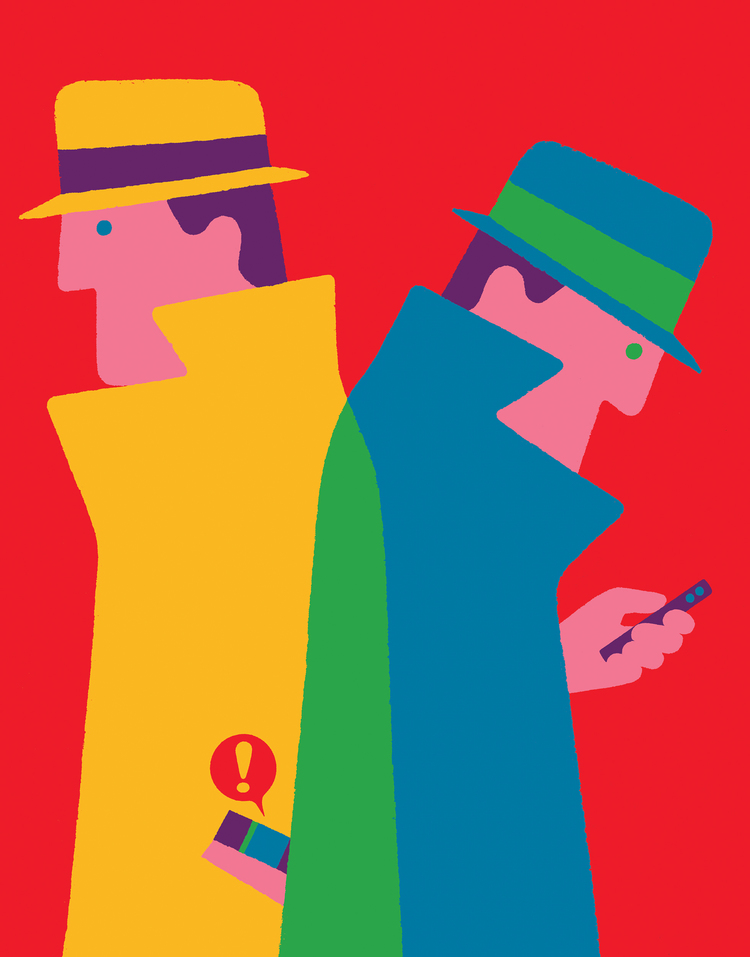 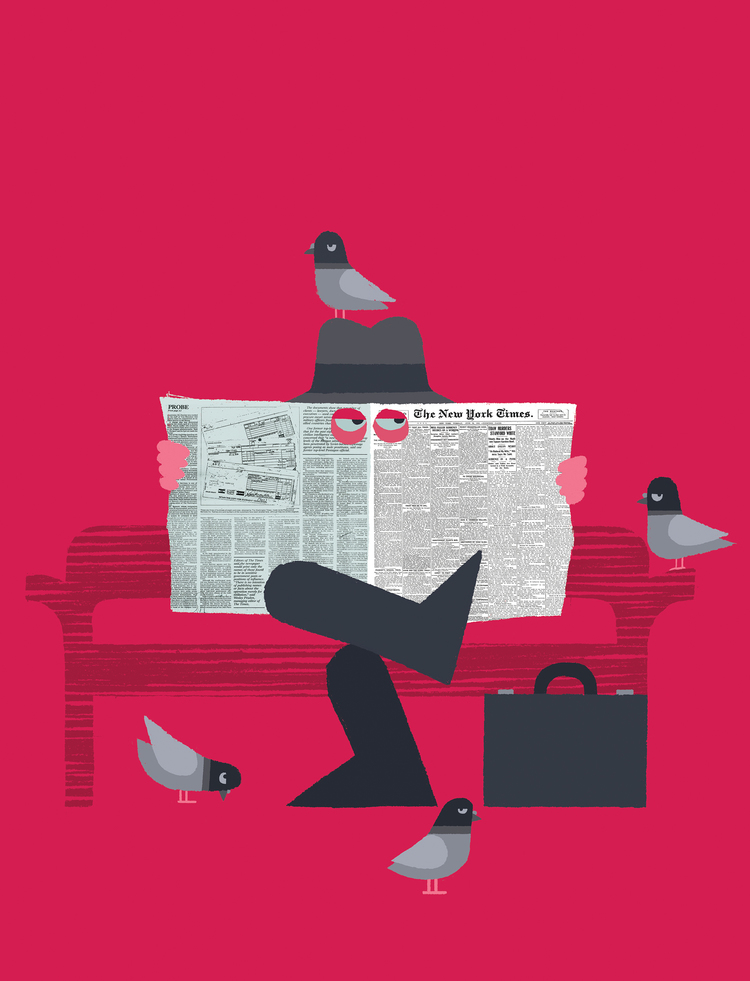 Can the creativity be learned later, or is it a feeling that is always within the human being?
Creativity certainly isn’t exclusive. You can be a creative accountant apparently? I love watching my kids play- their creativity knows no bounds. They’re totally un-curated in everything they do, from dressing up / role-play, playing LEGO, to drawing. For them at their ages (they’re 5 and 8) its not about how their creative pursuits are perceived from the outside, it’s about the process- the journey, not the end product / destination. It’s about losing themselves in their own worlds, and to witness this- to engage in their creativity is something truly magical. All kids play, all kids create their own worlds where they can be anything or go anywhere. Surely we don’t just lose this?

What’s inspiring you these days?
My kids.

What are your favourite cafes/ bars – stores – museums in your town?
Oh man… we’ve only lived in Copenhagen just over a year, so I’m not really qualified to give an inside track on things, but there’s a great cafe just around the corner from my studio – Cafe Central. It’s also home to a hotel accommodating just the one room. For drinks I love Ørstad Ølbar– it hits that all-too rare sweet spot of a great bar, with great beer, where you can also watch the football. Viking 1914 / Creas an amazing art shop near where we live on Stor Kongensgade. Gasoline Grill do the best burgers in town. 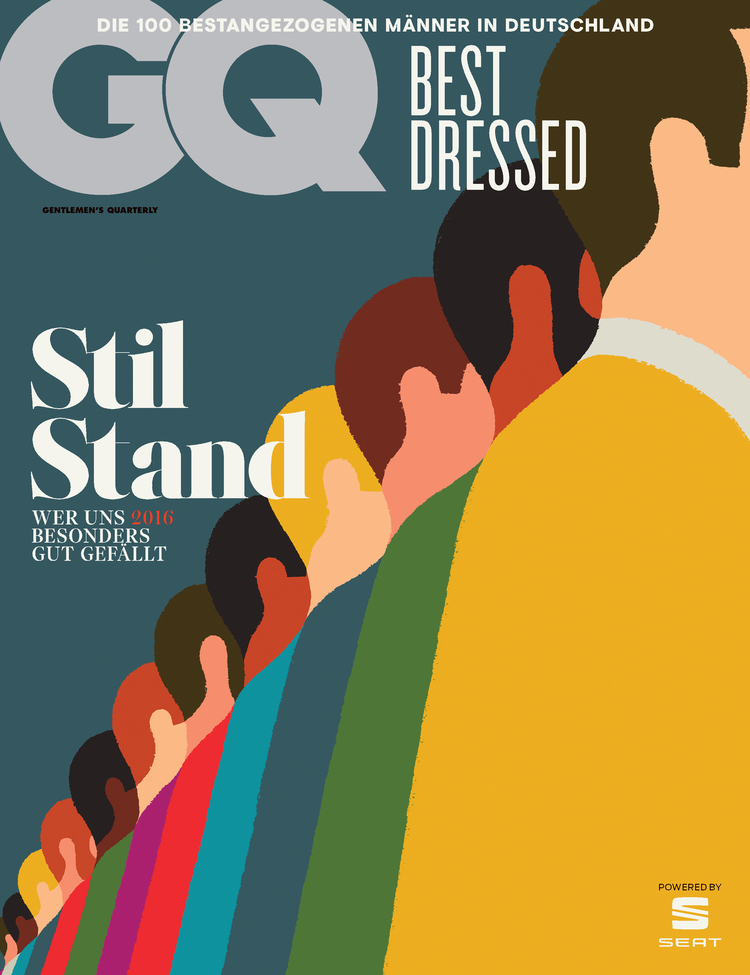 Do you have a life motto or a motto that you live by?
‘Life doesn’t owe you a living’.

Finally, Is there something you wish interviewers would ask you — but never do?
Not really. I’m not particularly good at these things- although I do miss the good old days when you would actually meet (physically, in real life!) the interviewer over a long boozy lunch where they pick up the bill… Next time?