“Humanity is where it is right now because we create. Everyone has a spark of creativity within, some more than others.” 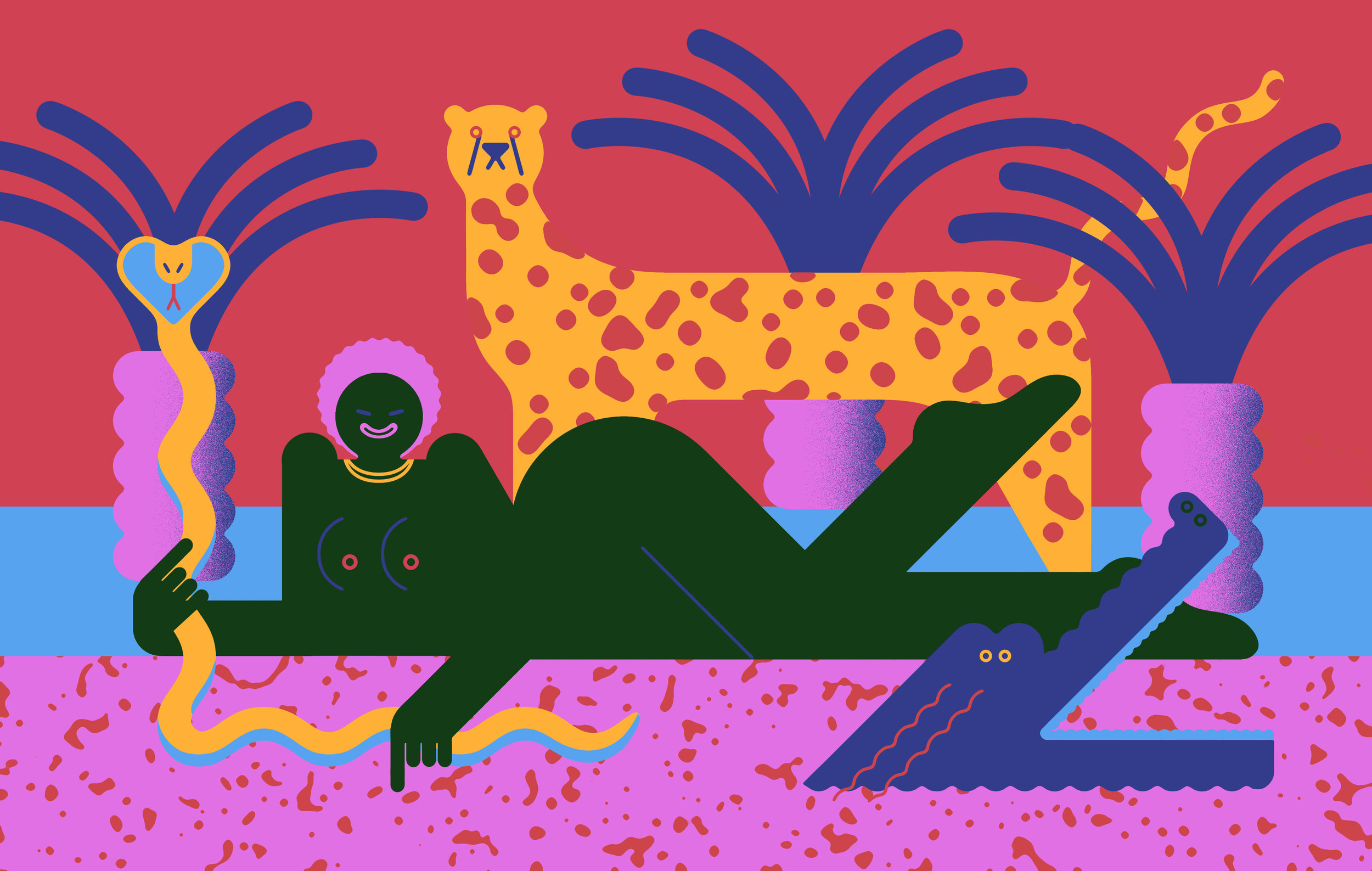 Hello, Mark!
How would you describe yourself – who is Mark Magnaye?
Hello! I would say Mark Magnaye is a nice person. 🙂 Aside from that he is a freelance illustrator currently based in The Philippines.

Can you tell us about the path that you took to get where you are now?
Growing up I’ve always been interested in the arts. I was always drawing and joining art contests in school. My parents were supportive so when I wanted to pursue an art course in college it wasn’t a hard decision to make. I took up a BFA degree at the University of the Philippines which I finished in the summer of 2012. Initially I wanted to be a comic/manga artist but during my senior year I fell in love with illustration and decided it was something I’d like to pursue as a career—and so I did. I landed a job as a children’s illustrator for a startup company after a few months being out of the university. I did that for almost 3 years when I decided I’d like to try my hand at freelancing. 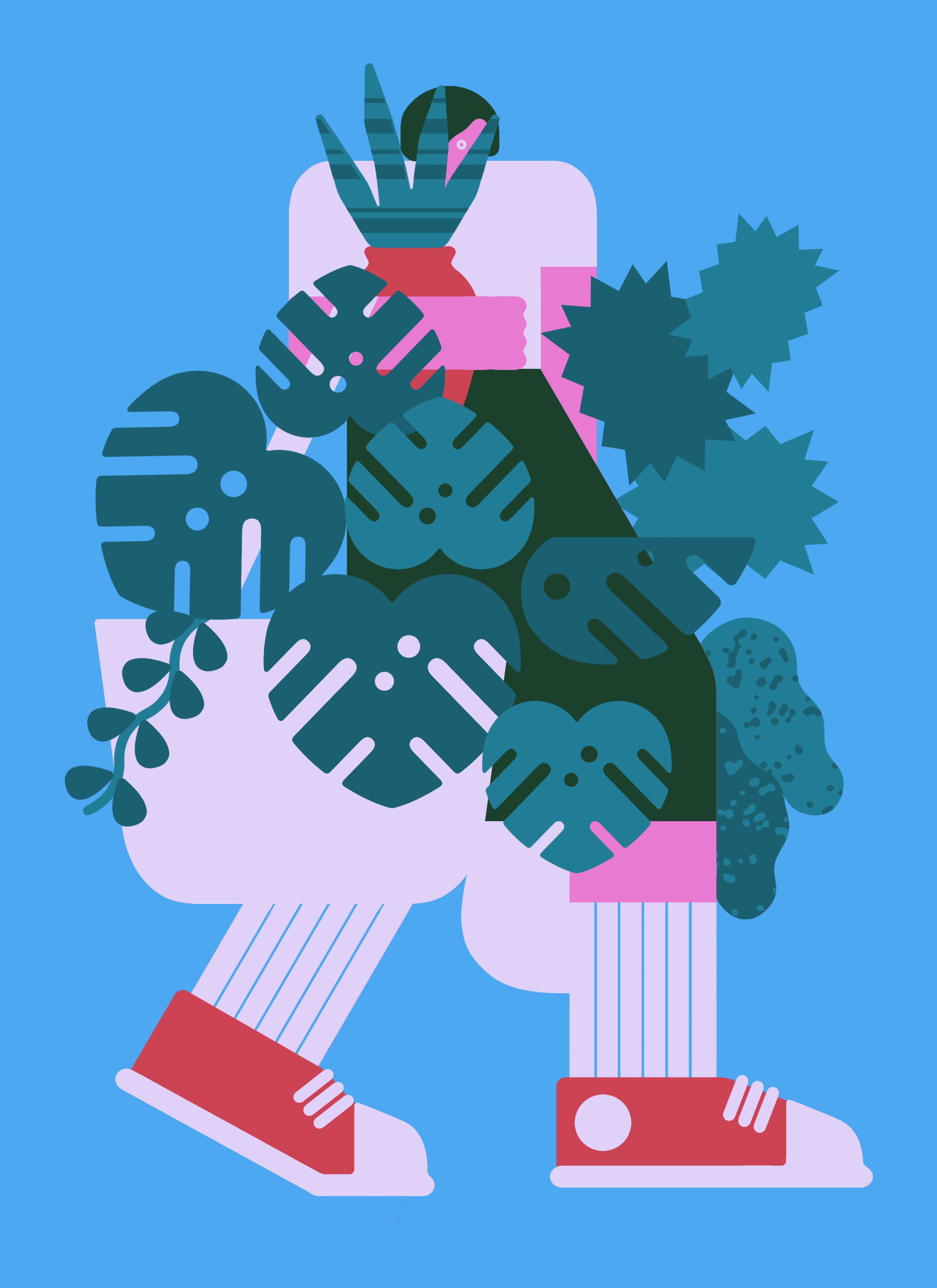 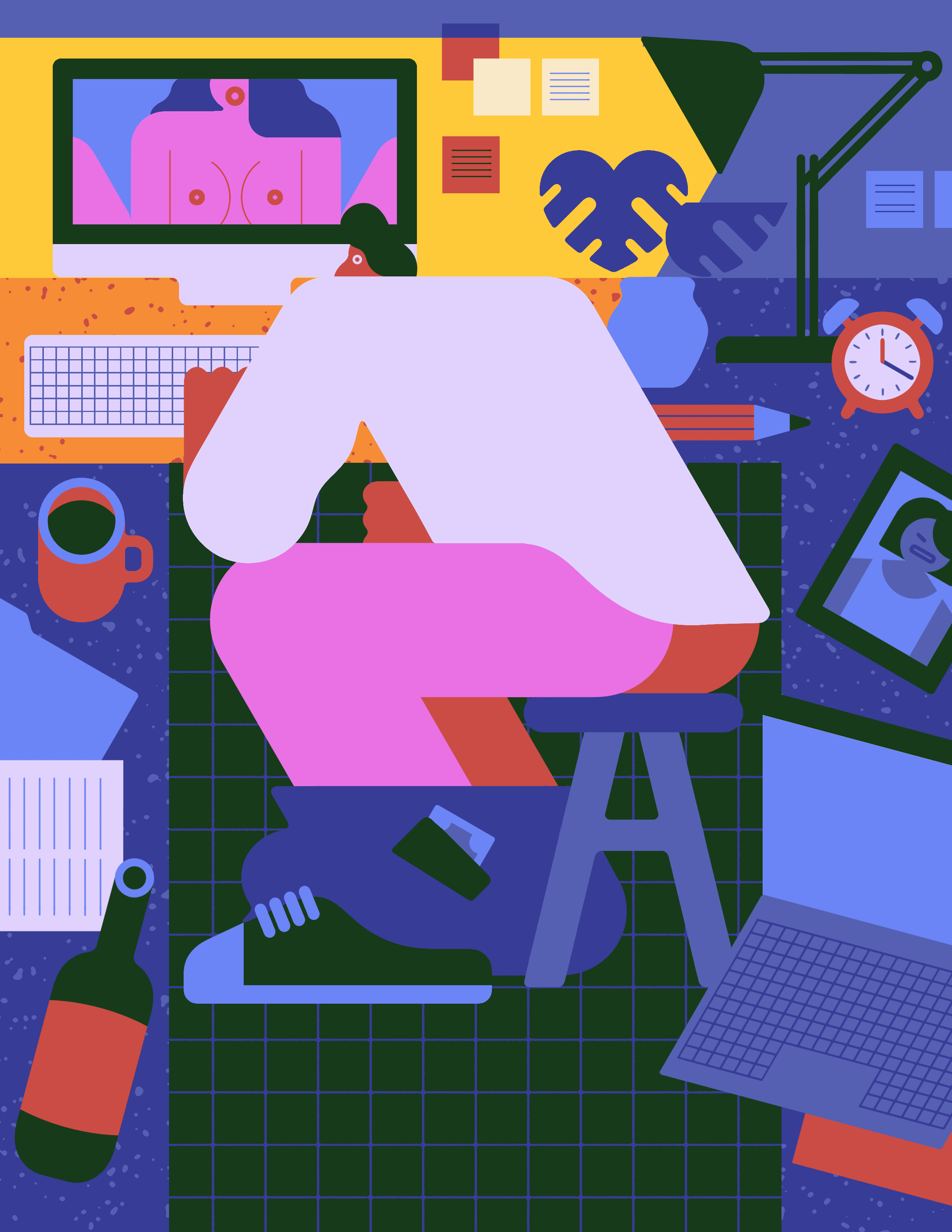 How did you come up with the name Blok?
I always get that question. It’s actually a nickname that was given to me by my friends back in High school. It really didn’t mean anything in our language except it sounded funny. That name stuck and grew on me. I started using it to sign my works because it has a strong recall. Now, I think the name is really fitting, in Dutch blok means block—just like my illustration style, very geometric.

Can we say geometry is the primary element in your works or how would like to describe it
Definitely! I try to use basic shapes in my compositions, and try to simplify complex shapes. One AD I used to work with commented that the placing of elements in my work almost seem calculated. That is true indeed! 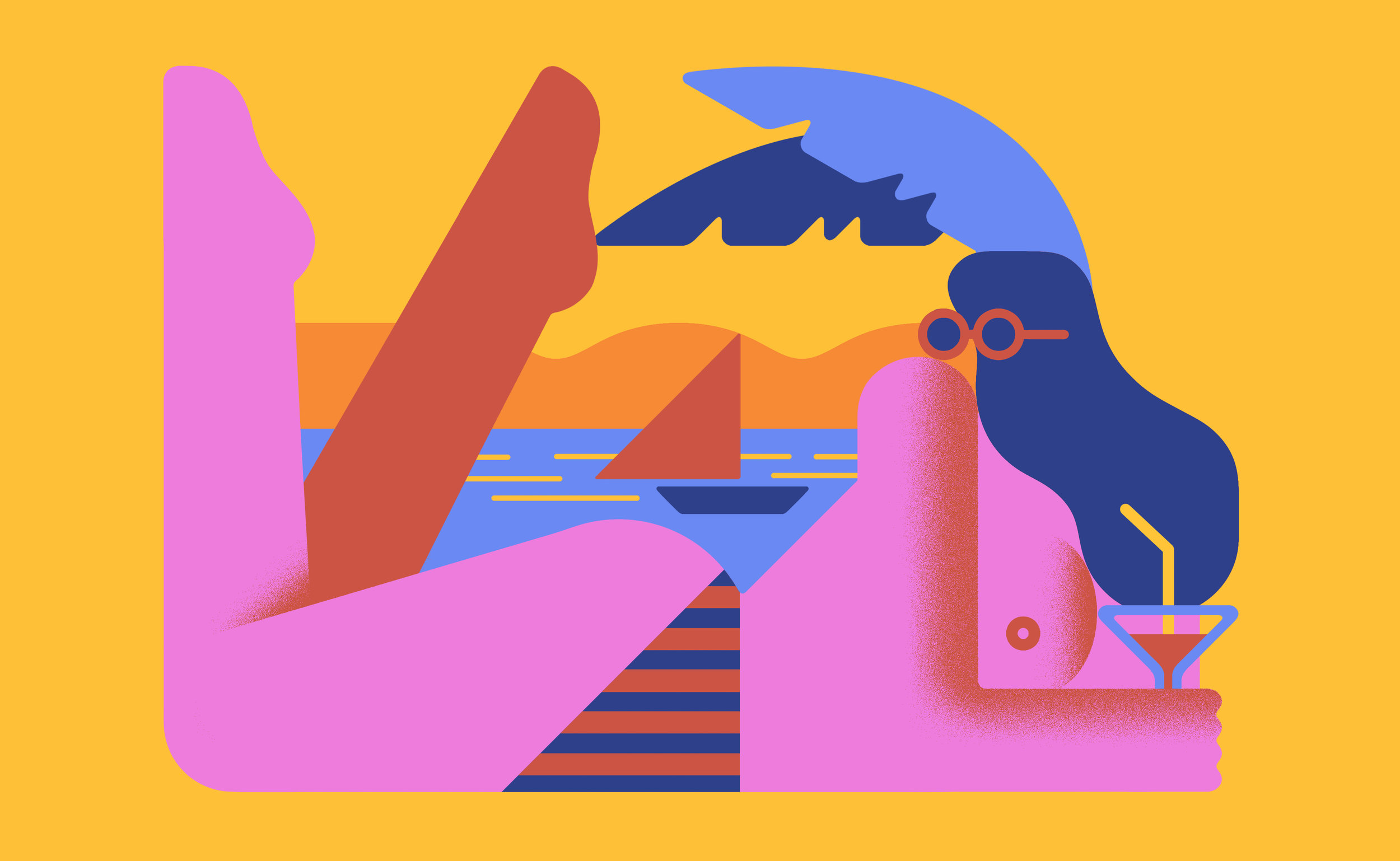 How would you describe your style in three words?
Simple, Bold, Geometric

Can the creativity be learned later, or is it a feeling that is always within the human being?
I think creativity is both nature and nurture. Humanity is where it is right now because we create. Everyone has a spark of creativity within, some more than others. And like in anything, what we nurture thrives.

How does illustration/design change the way you view the world?
In more ways than one! Being an artist, illustrator goes beyond work. It’s a lifestyle. I’ve been drawing since I was a kid and I can’t imagine a life where I’m not drawing or creating—what a depressing thought! Art of any form makes the world a whole lot better. 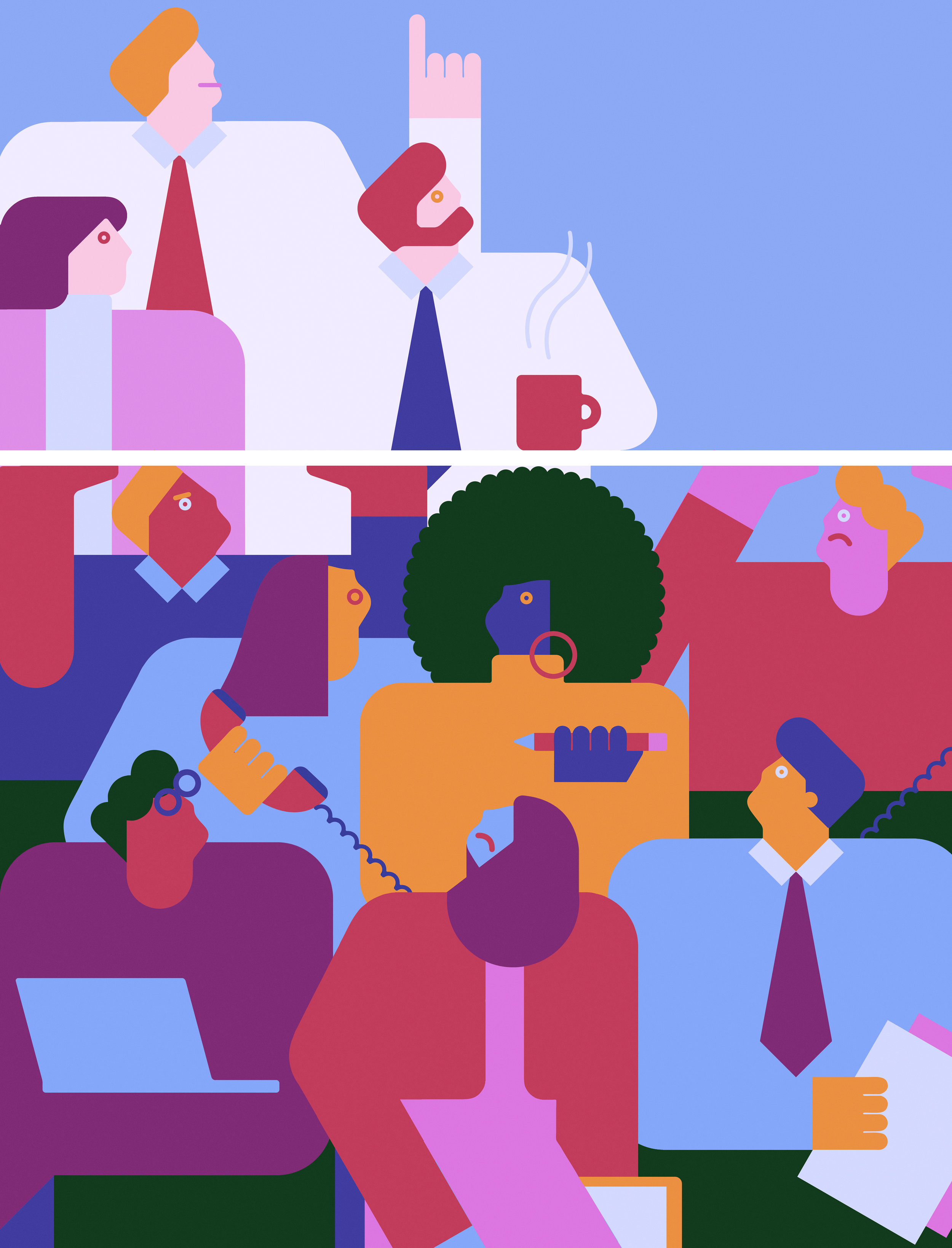 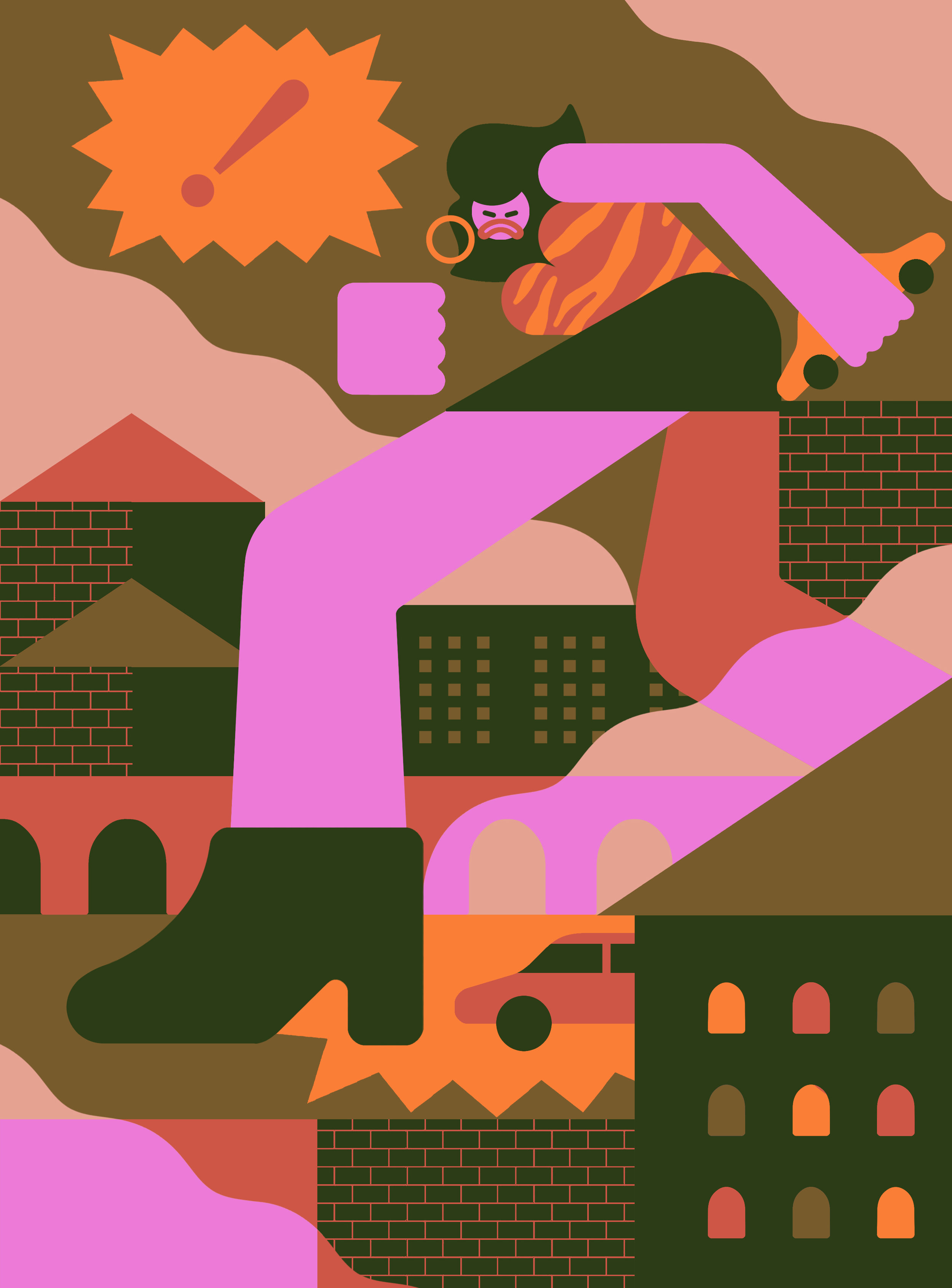 What was the last piece of music you listened to? When and where was that?
I had Last Christmas by Wham! on loop today. It’s that time of the year again!

Where are your favorite spots in Philippines? Food, coffee, shops, etc.
Hah–I am mostly introverted and a big homebody so there isn’t a lot of places/establishments in particular where I frequent to (except bookstores and libraries). My favorite spot is the comfort of my home.

However, I also used to live in Poblacion in Makati City for a couple of years and consider it a second home. It’s a downtown area nestled in the heart of the Manila’s business district. It’s interesting and always bustling. There’s a bit of everything—offices, hostels, cafes, shopping centers, dive bars, hole-in-the-wall, etc. It’s definitely one of my favorite urban spots.

Who is your art/illustration hero at the moment?
My contemporaries—all the creators and illustrators I’m following on Instagram! Everyone has their own great style, approach, and stories. They are all my heroes! 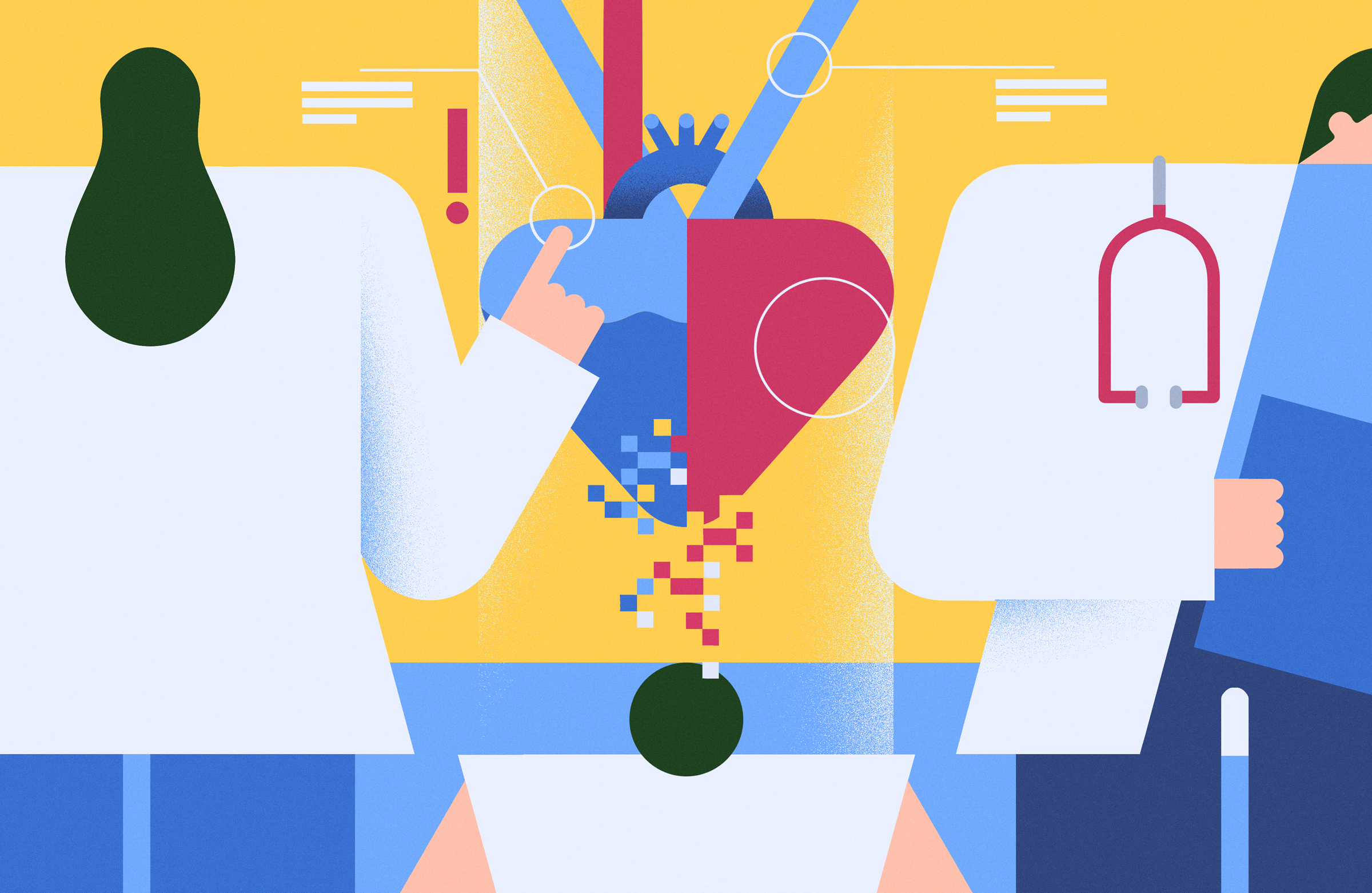 What’s the best thing about being an illustrator?
Being a part of a wonderful community that thrives in creativity and collaboration! Also, knowing that your work is able to inspire others is a rewarding feeling.

What are the challenges you faced in your career?
I’ve struggled quite a bit especially when I was starting out as a freelancer. I have big dreams but I didn’t know how to start. That was something they don’t teach you in school. I had to figure it out on my own. It was only late this year when I started to get traction for my work. The past couple of years before were especially hard for me. There were not a lot of work coming in and I was starting to doubt myself. I thought maybe I’m not good enough and this was all a pipe dream, you know those sort of stuff. Trying to make it feels like I’m kayaking in the middle of the Pacific Ocean without a compass and a paddle! I’m still on that journey but now with a bigger boat, paddles and a good company. I can say I’m in a much better place now and I’m just thankful for all the people who believe in what I do.

The thing you never go without?
A positive attitude and a clean handkerchief 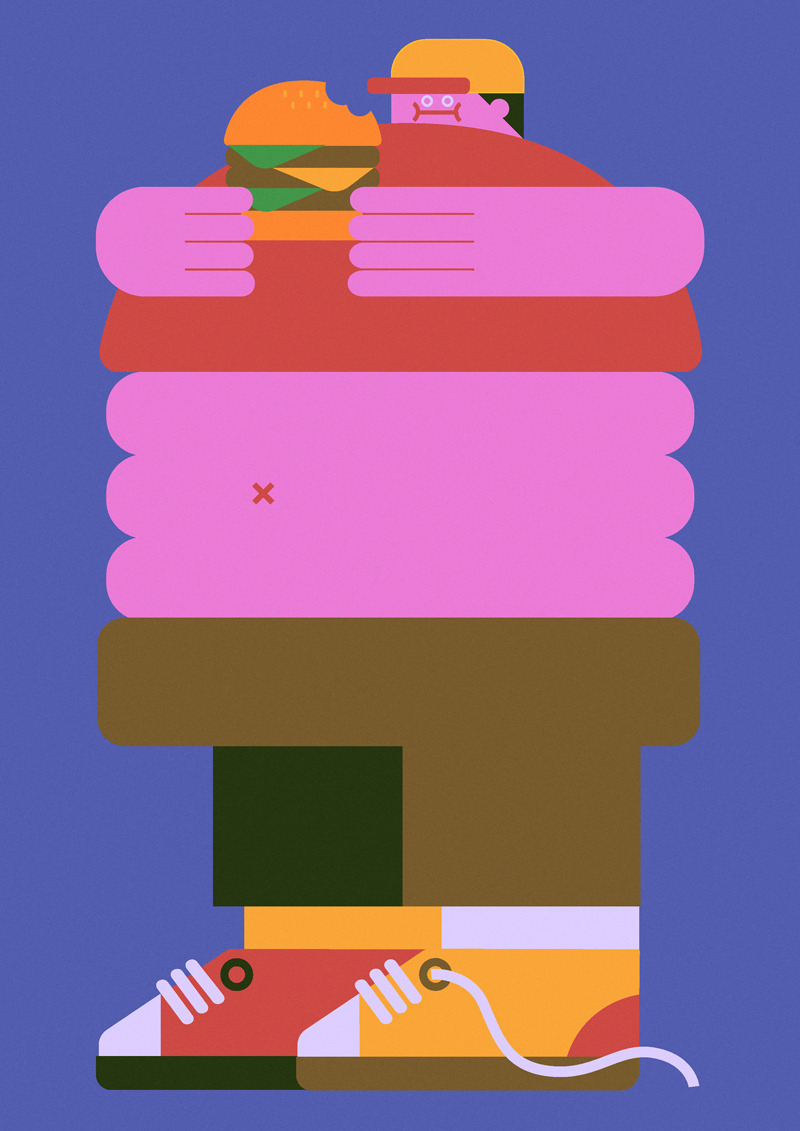 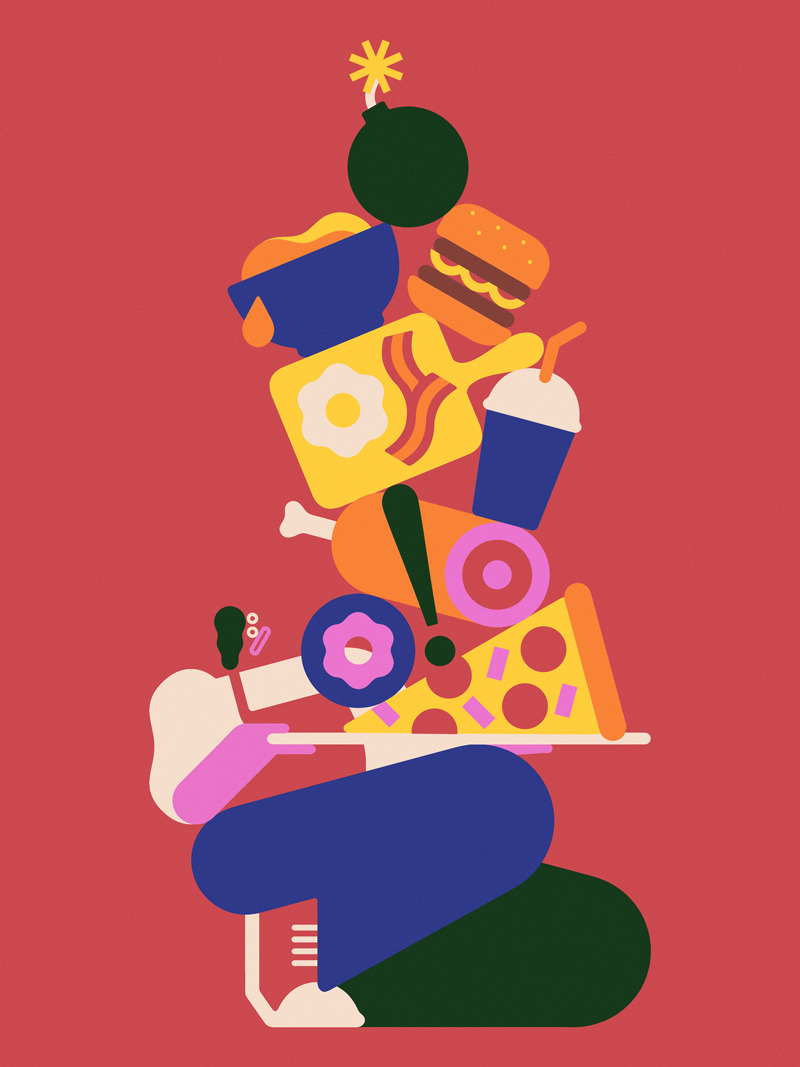 Tell us something nobody knows about you…
I was a super spy with telekinetic powers…until I woke up.

What are you working on next?
I am not working on anything at the moment. I just came out of a hectic month with work after work coming in so I’m just enjoying this break now— catching up on my readings and favorite TV shows, watering my plants, and planning trips with friends. 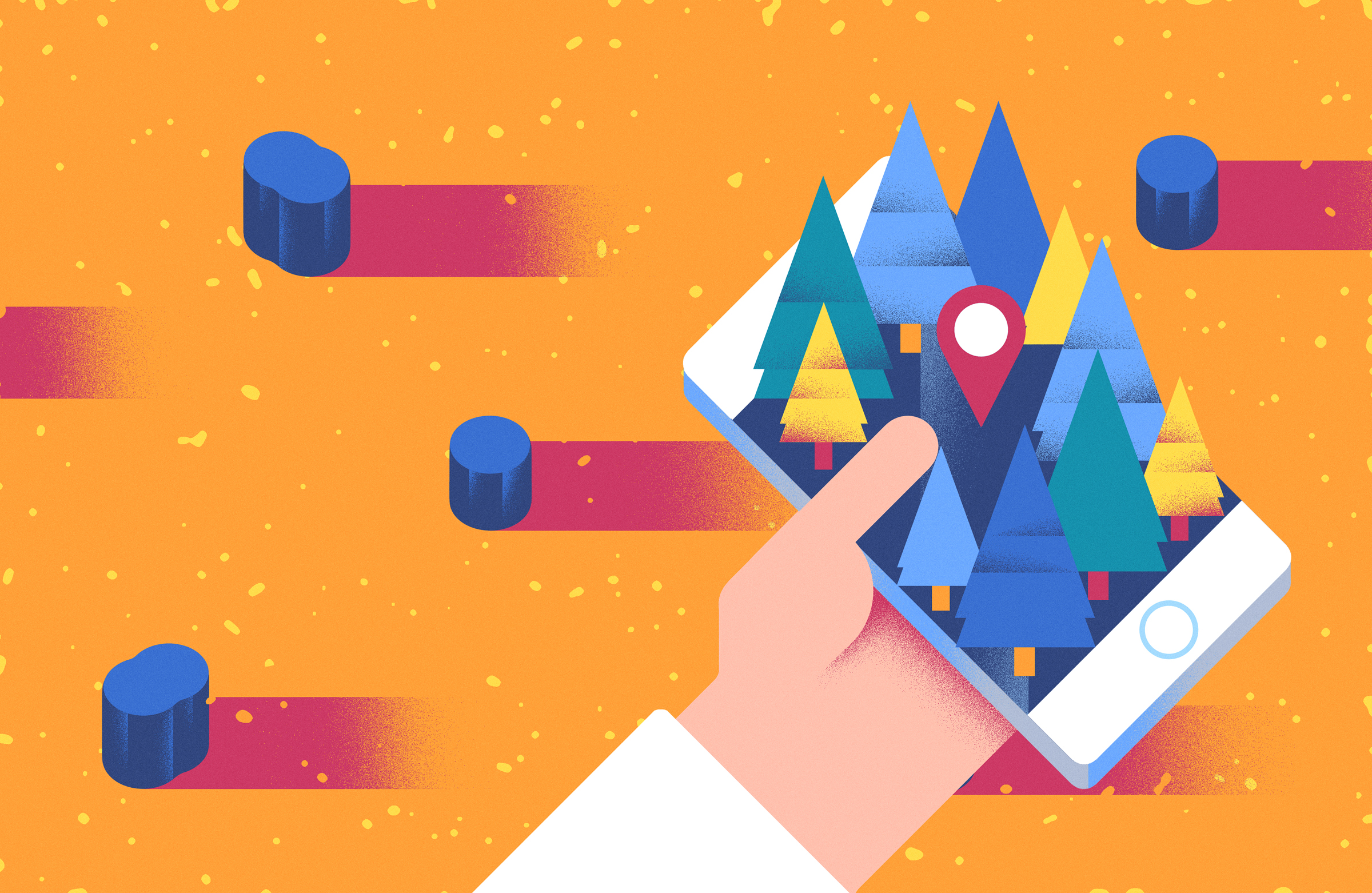 Finally, is there something you wish interviewers would ask you — but never do?
I haven’t done many interviews in the past so it’s always nice to answer any questions about me or my work. This interview was a nice mix of that so, thank you!