“I think that the main impulse of creativity comes from boredom.” 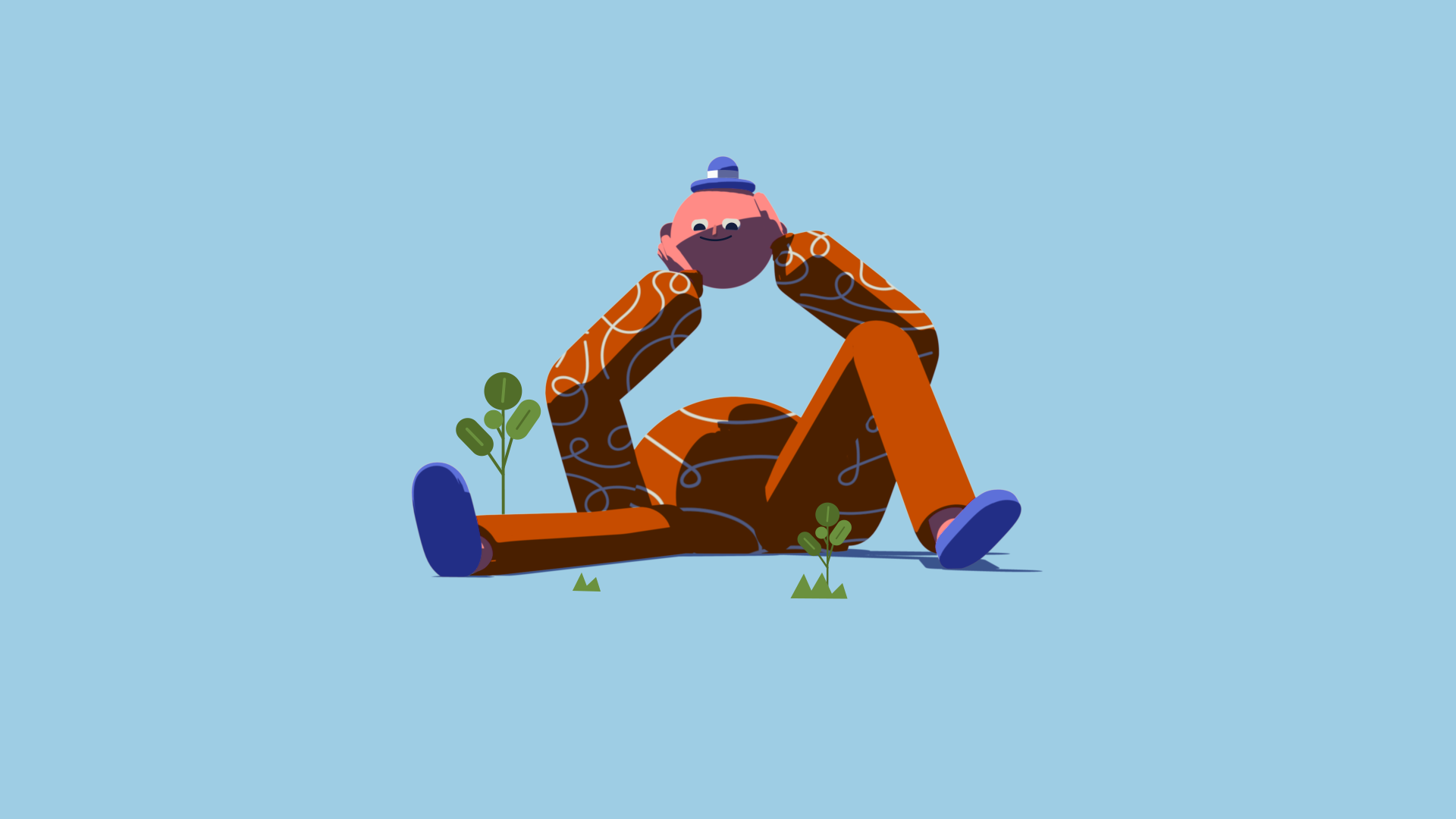 Hello, César!
How would you describe yourself – who is César Pelizer?
Hello! I’m a London-based Illustrator and Animator.

Could you tell us a little about your background in animation/illustration?
I started with illustrations early on, as my grandfather used to work in a publishing and printing company he used to give me loads of comic books and magazines. I used to copy the drawings or sometimes do my own version of an illustration and paste it on top of the original one. I had my first work published at age of 15, it was a small comic strip for a local newspaper.
A few years later I decided to move to Argentina to study graphic design, shortly after I got an internship in an animation studio and eventually dropped out of university and moved to a different animation studio in Buenos Aires. A few years later I decided to move to England, and London is the place I have called home for the last 5 years. 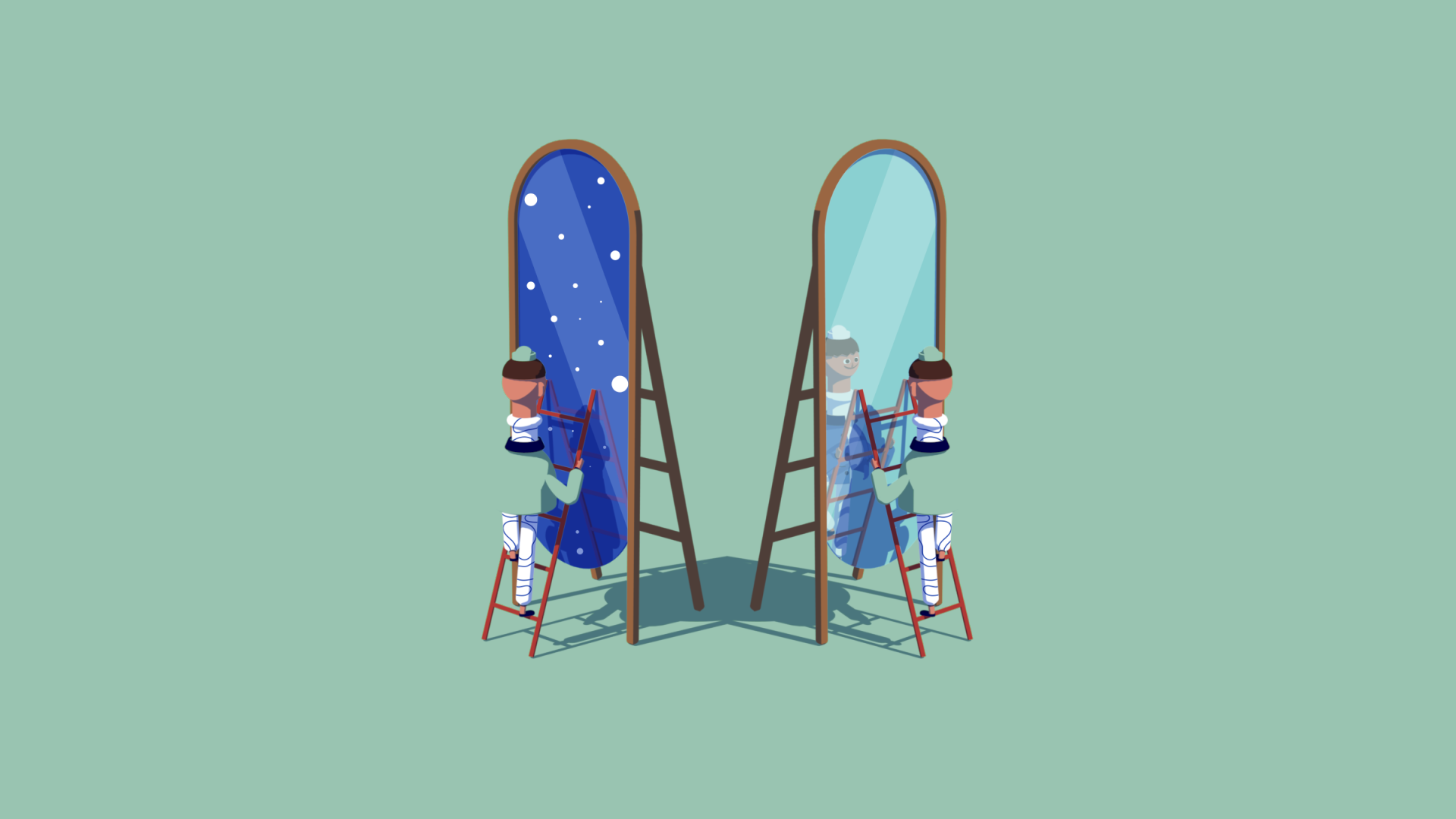 What is the most enjoying part of animation?
I think the part that I enjoy the most is when I’m in the middle of the process but still have plenty of time to explore different ideas. The experimentation is the best part and trying different things to see what works best, even though I often go back to one of the first versions – I think it is necessary to spend time trying out different options and technics.

Your characters have a disposition with different size limbs & faces. Do you have any specific reason to draw them like this?
Not really. I guess I’m just bored of normal size bodies in general.

How did you develop this style and how would you describe it?
I feel like my style changes all the time but never too far from within its own barriers. I don’t know if I can describe it with words, but I feel like the implementation of the 3D into my characters has made a big difference in my work over the last 3 years or so. 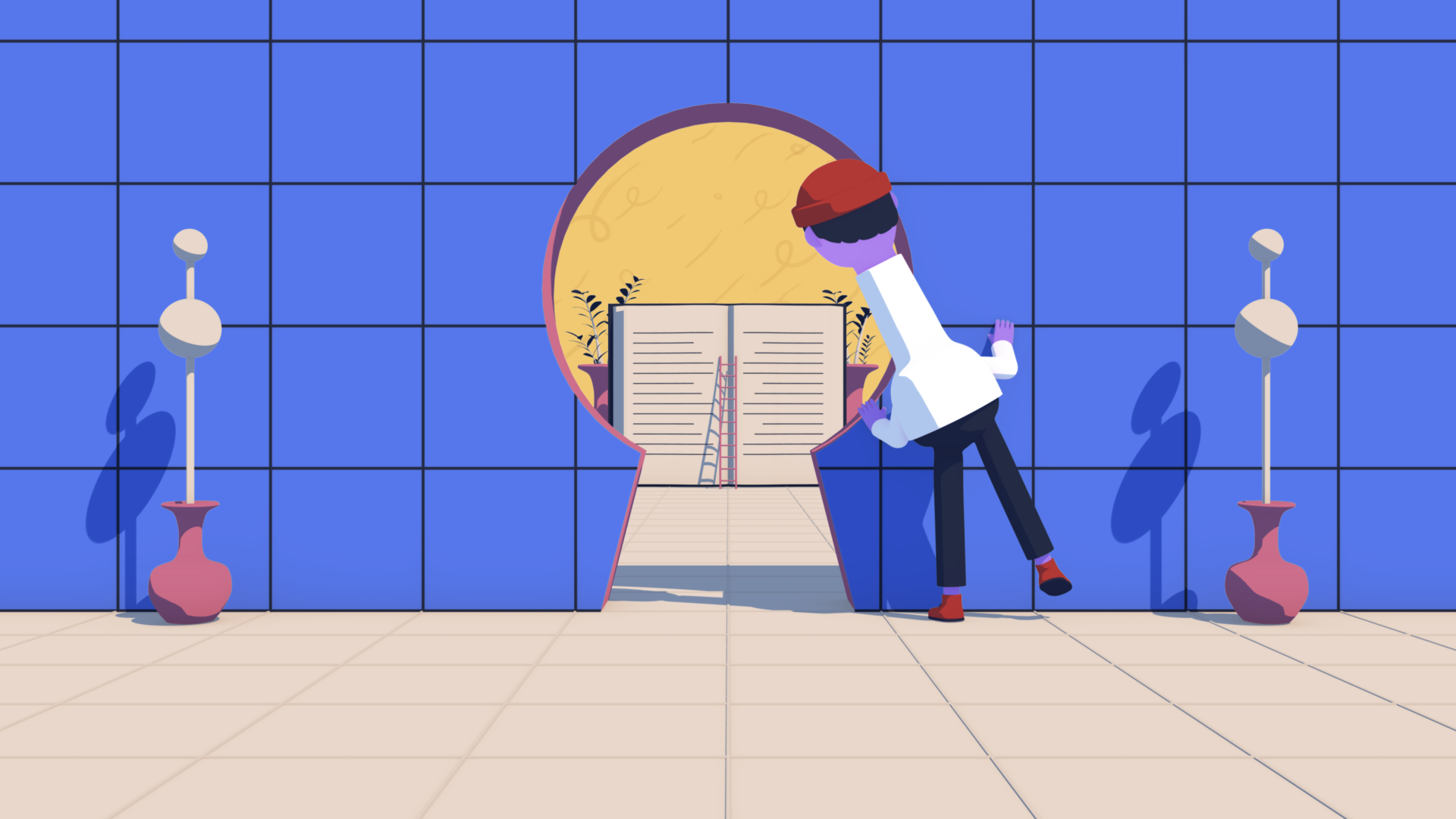 What is your favorite thing to draw?
I love drawing cigarettes, my sketchbooks are full of them. I’ve partially quit smoking for the last three years or so, maybe that’s one of the reasons?

Shoes, I love drawing shoes too… and clocks.

Who do you admire in the animation world?
My favourite is by far the Czech animator Jan Svankmajer. I remember the excitement of watching one of his shorts for the first time, Darkness Light Darkness, and being completely blown away. That was the first time I thought that I’d like to do animation, that there’s so much you can do with moving images as an art format.

As we know you have also been working on a short film called Looking For Something. Could you please tell us more about the ideas behind the film?
Looking For Something is the product of my own boredom and frustration. Basically, me wishing I have more time to work on personal projects instead of working in whatever job that pays the bills. I still dream about a future where I can find the balance between working on personal and commercials projects.

Personal projects are extremely important for any kind of artist, it’s like a playground where you can do whatever you want without having to answers anyone’s call. A place where you can try new techniques or ideas without the idea of failure, as personal projects should be done to please you before anyone else – and eventually if you can get clients to buy into that world, it’s the perfect combo.

A few years ago I saw a TED talk with Stefan Sagmeister called “The power of time off” and absolutely changed my perception about working in the design industry and how important is to have free time to work on personal projects and reinvent yourself and still be in love with what you do.

I’ve been working on my first short film for a while, but earlier this year I’ve been lucky enough to convince my bosses to let me work on it in the office whenever I have free time in between projects, which has been amazing. However, at the same time, it can be tricky to not have a deadline or to have long breaks from the working on the film, when I get back to it I feel like changing everything. Now I have finally worked on it for some good solid few weeks and I’m nearly done. I will be releasing the film end of January (hopefully)

Can the creativity be learned later, or is it a feeling that is always within the human being?
I think that the main impulse of creativity comes from boredom. I feel that the most creative people are people with no full-time jobs and ideas comes to feel gaps of free time.

You’re born in Brazil and now live in London. How have two very different but very inspiring places aided in the work you do?
I was born in São Paulo, Brazil. A city with a lot of cultures, I really enjoyed my teenage years living there. I grew up playing in bands, skateboarding with friends, eventually doing some street art. It was so much fun, I’m glad I lived my teens just before the whole social media thing, I can’t image how is it to be a teenager these days.

While in Brazil my work was more analog in a way, I used to paint a lot. Then when I moved to Argentina I became a bit more “digitized”, as my laptop was the only possession I had, I am glad in a way because that forced me to learn software and I slowly started to add a more technical side to my work, especially with my animations.

My move to England was more of a professional decision, I felt stagnated in Argentina as the market is smaller and London is a place with a lot of opportunities… But suddenly now I feel like I’d like to take a step back and stop working so much and enjoy a little bit of the freedom I used to have, taking some time off of work and work on more personal projects, like short films and some more experimental projects. We’ll see. 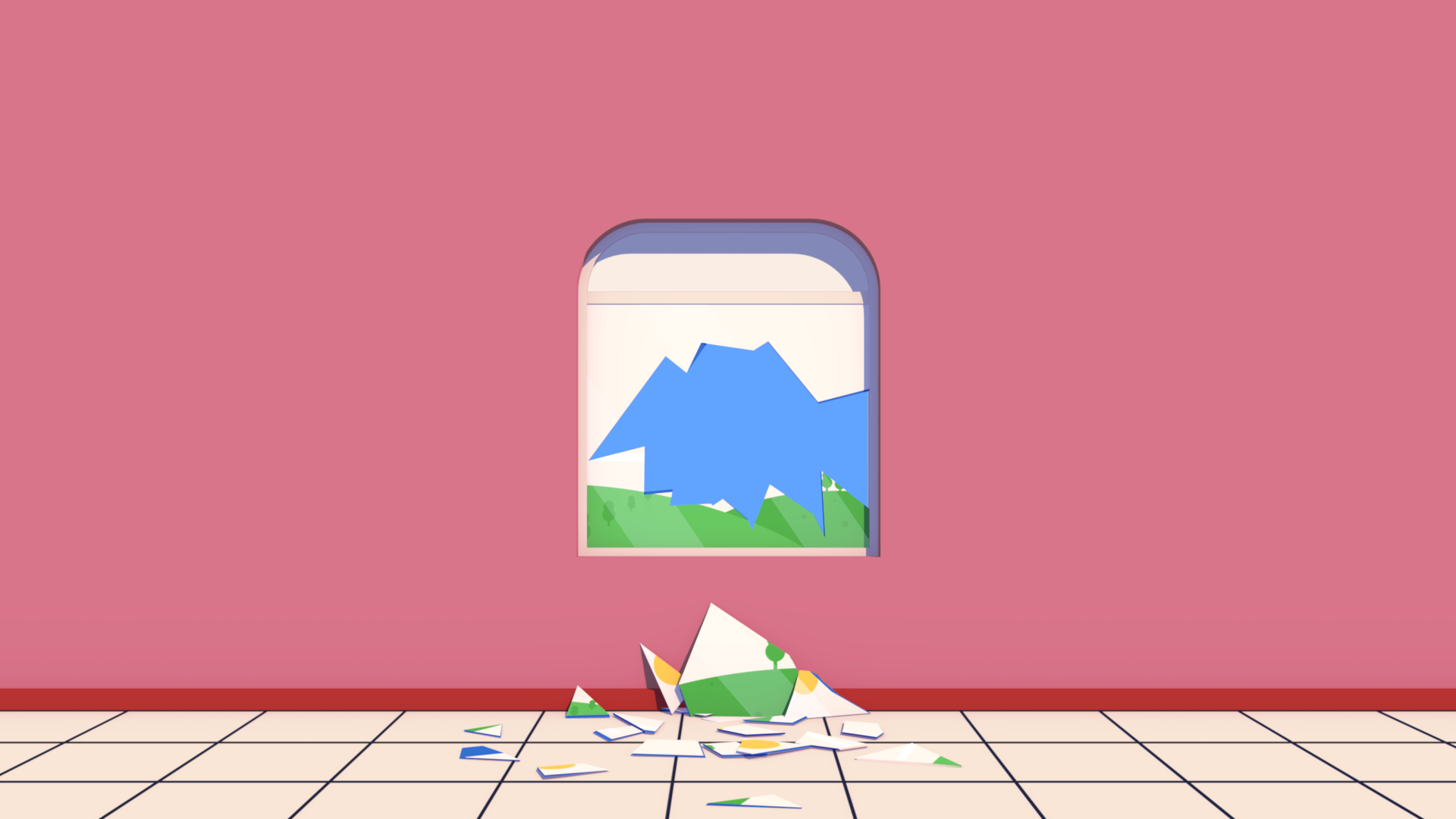 What other illustrators/animators are you digging these days?
I do follow the work of lots of illustrators and animators but I feel like the ones I really admire are or no longer with us, like René Magritte or Giorgio de Chirico. But if I have to pick some of our time, would be the Brazilian artist Marcelo Cipis and the Belgian Illustrator Brecht Vandenbroucke.

Do you have a daily routine or anything specific you find yourself coming back to regularly when working?
I feel like I’m often the most annoying person to sit next to, as I always have my headphones on and constantly tapping my foot on the door and air-drumming, that’s what keeps me focused, but it is very unfortunate for the people around me. 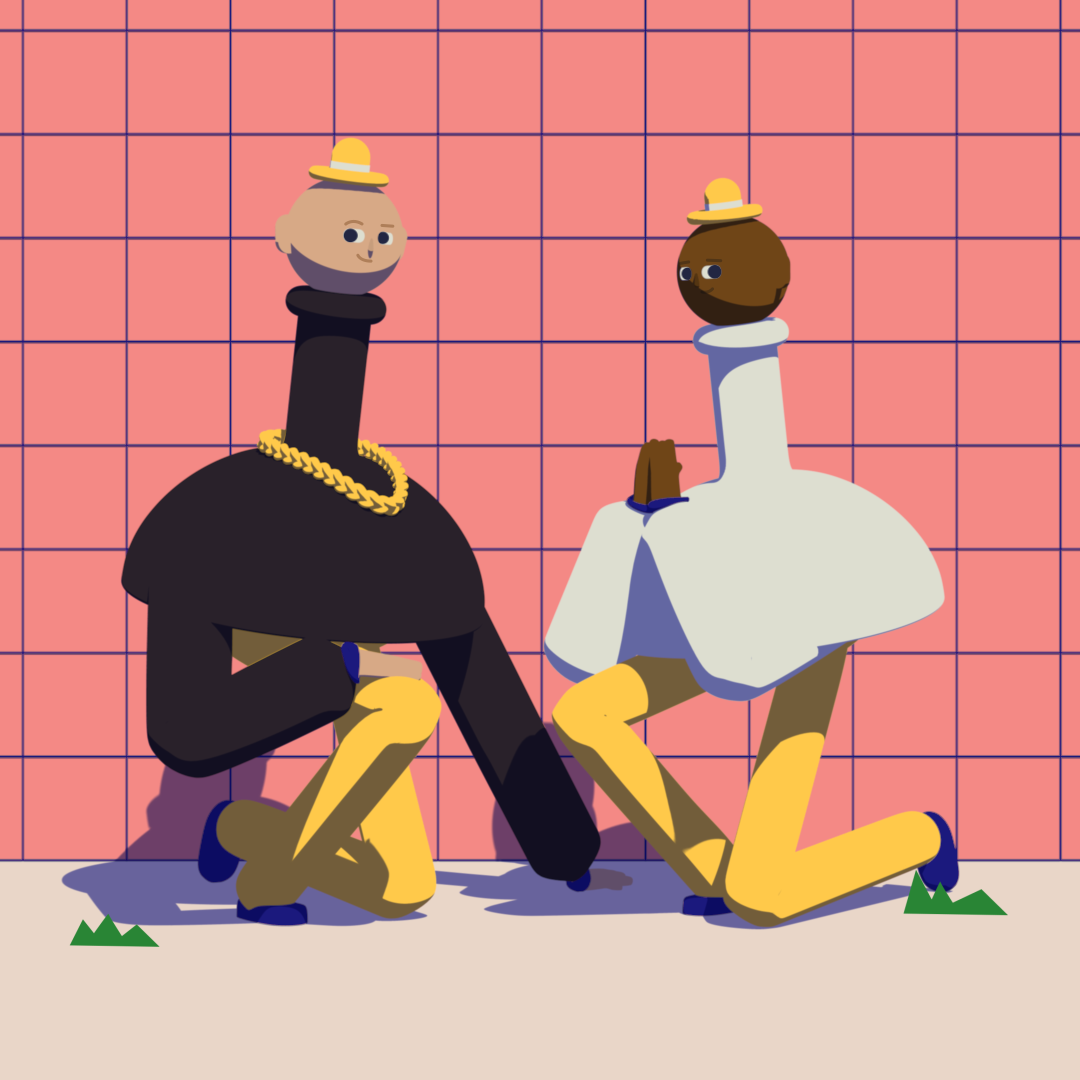 What are your top five songs on your playlist?
On the roof by The Feelies x 5.

Finally, is there something you wish interviewers would ask you — but never do?
If I wanna another drink?!