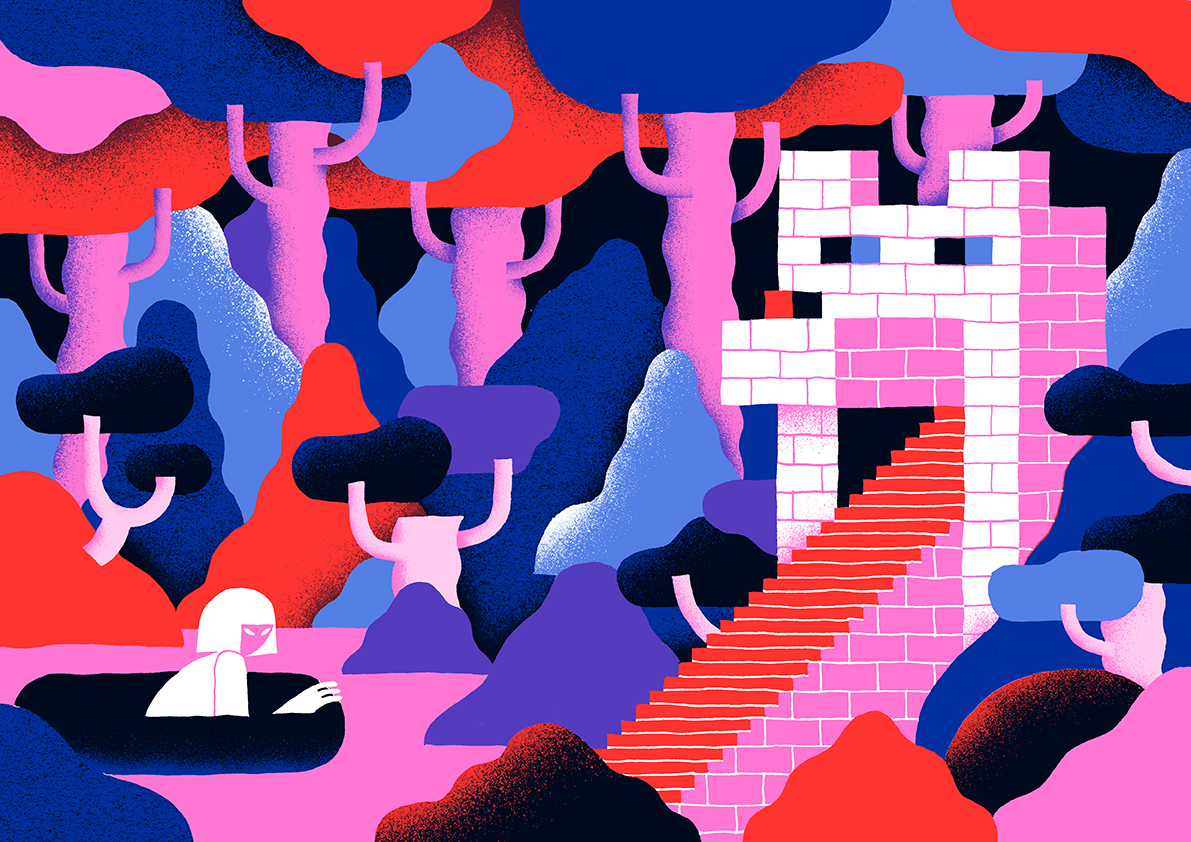 Hello, Levi!
Could you tell us a bit about yourself – who is Levi Jacobs? When did your interest in illustration/design begin?
Hello, I’m a Dutch illustrator living in the city Rotterdam for a few years now in a street where also many cats and plants life. I think fascination for design is something that’s just in you. I think I always liked to draw, something every kid likes to do. But to be conscious of my special interest in illustration and design started when I almost finished art school. That was the point I realized it could be more than just a hobby or fascination.

Most of the characters you draw are animals. Do you have any specific reason to draw animals more than people?
When I was young, I never drew humans because it was just too difficult and scary. It’s like a mirror. As being a human myself, you compare the image you have of a human programmed in your brain with the image of the human you draw and if these not exactly match they are looking easily really scary, ‘uncanny valley’ or ‘unheimlich.’ I think humans don’t have this with animals, So then it’s easier to draw them. Nowadays I also draw a lot human-like characters. But even when I draw humans I imagine those are just human-like characters which could be from another world, or they are human-like androids. This mind trick gives me more creative freedom because they don’t have to be drawn anatomically correct. Also, I like to draw my characters without emotions and experiment more with this uncanny feel to my illustrations. 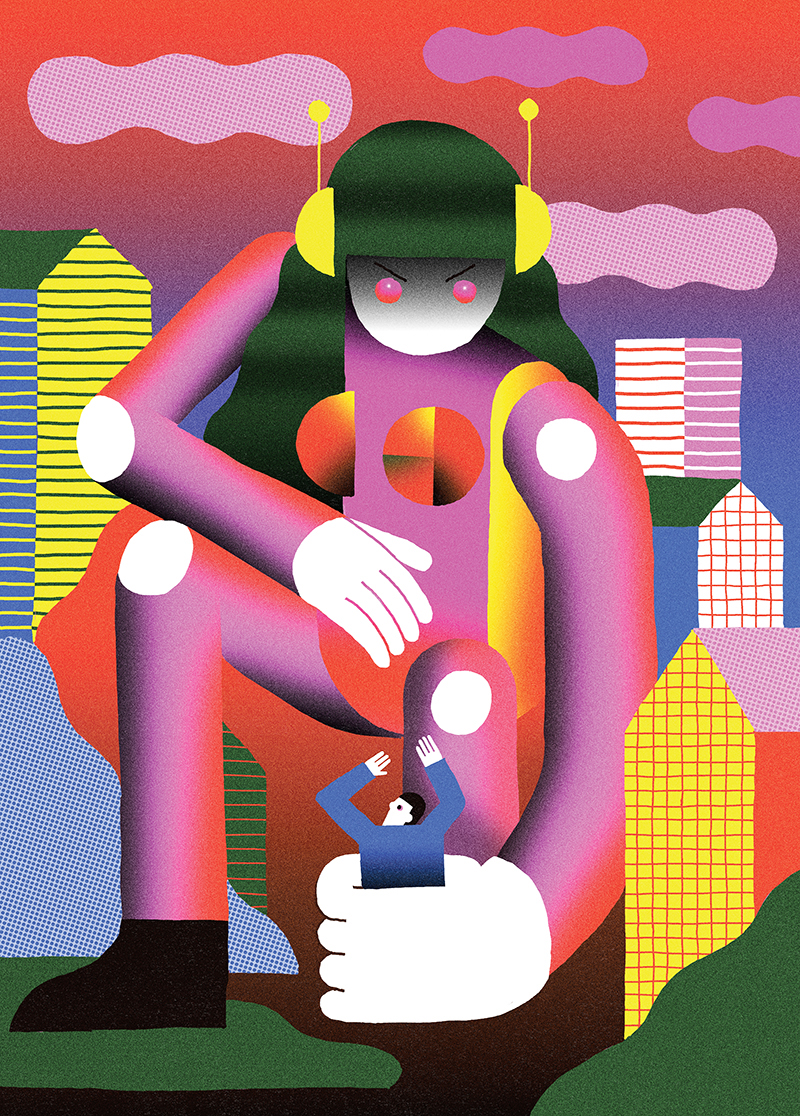 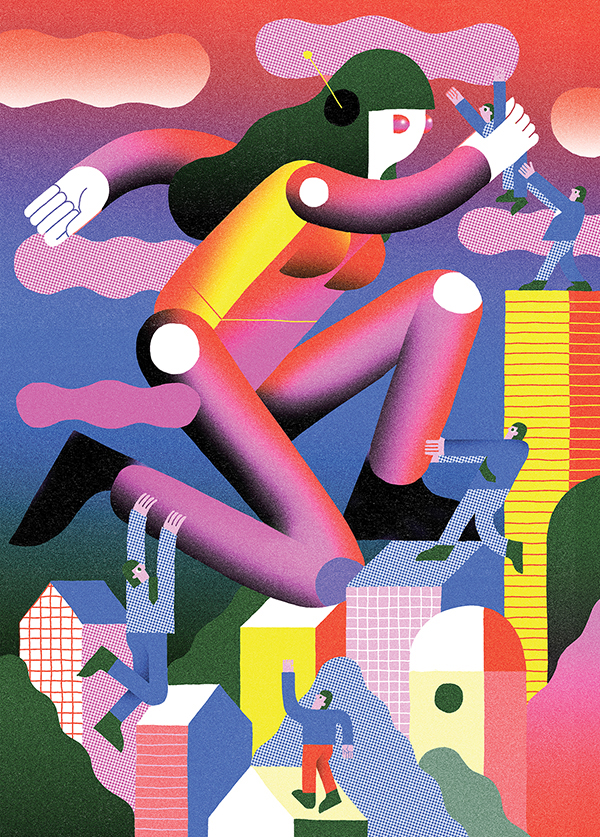 How do you hope people will feel when they see your works?
To be honest, I try not to think about that too much. For me, it’s just a way to express my ideas or inspiration. Or I try to communicate the message if it’s an editorial assignment. But like I said in the previous question, I do want to experiment more with this. There is a thin line between ‘feel good’ and ‘uncanny valley.’ And like to add some of these feelings in my work.

Can we say geometry is the primary element in your works or how would like to describe it?
I think you can say this. I literally use a grid to draw on. Besides I like the aesthetics of geometry, it also helps me to set some base rules and limitations to make it more easy to work in. If I create some limitations, for example, using a geometric grid or limited color pallet. It makes it easier, and I become more creative.

I also like to experiment with different perspectives and 2d and 3d. 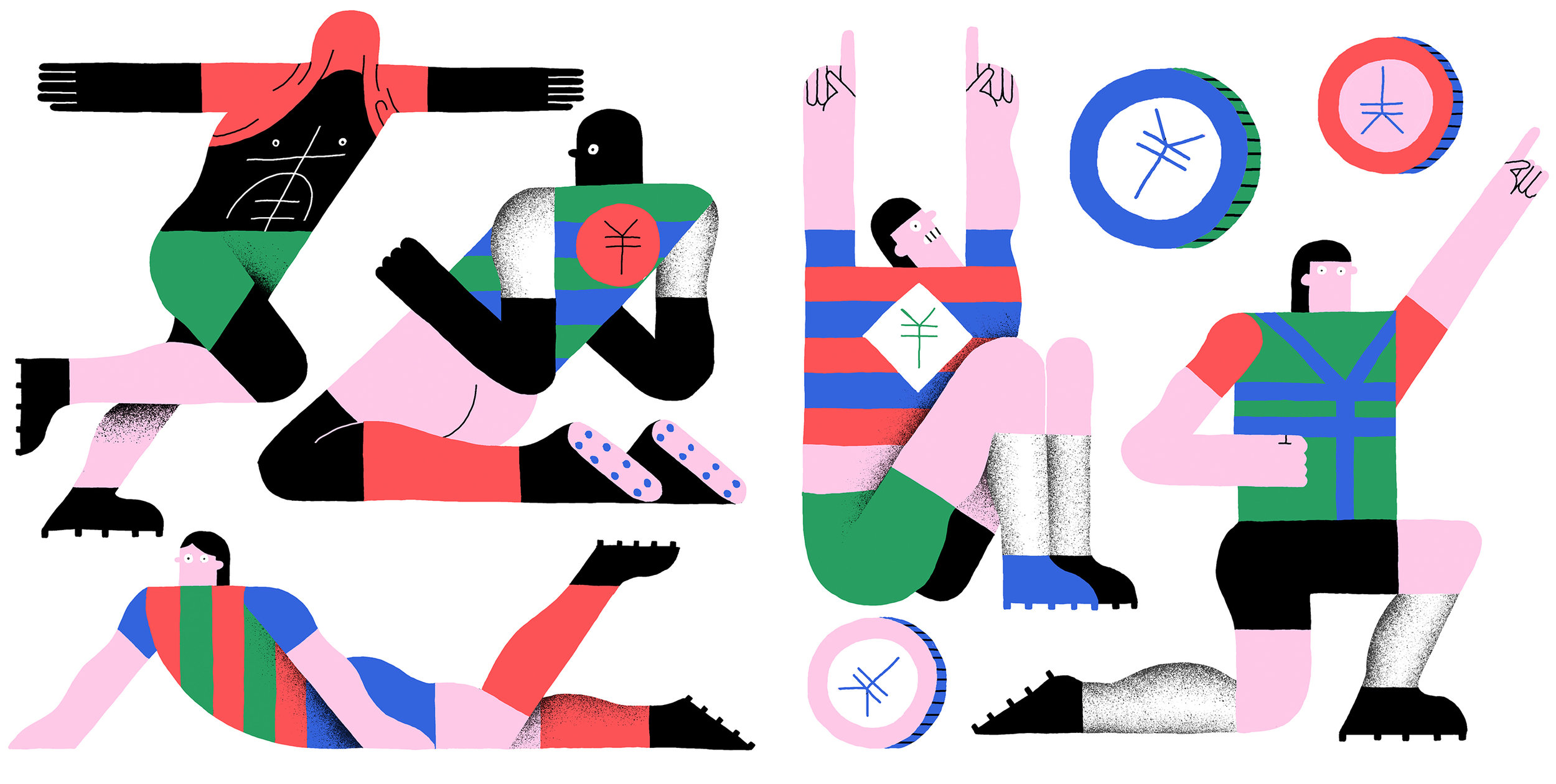 Can the creativity be learned later, or is it a feeling that is always within the human being?
I think it’s just something within you. It’s just an urge to create things. I think all people have it in them. Only with some people, this urge to create stuff is just bigger. And it’s maybe also a process to learn what to do with his creativity.

We know it ‘s hard to choose, but who are your favorite artists, who inspires you?
The most inspiration comes from the people around me also a lot of them are illustrators or artists. And also a crowded Instagram feed of amazing artists inspire me. And names which inspire me also changes all the time. But to name some who inspire me for a long time are for example Aphex Twin, David Lynch, Derek Ercolano (fragile magic), MC Escher, Boris Tellegen (Delta), Rene Magritte, Dick Bruna, Fernand Leger, etc.

Which of your artists tools could you not do without and why?
I recently have a drawing tablet. Now I don’t need a scanner anymore to color my illustrations digital. And it allows me to do my work when I’m not in my studio. And I even realize that I’m not drawing ‘analog’ anymore. Now I think about that I feel a bit guilty about this. Like I betrayed my pen and paper I used my whole life. 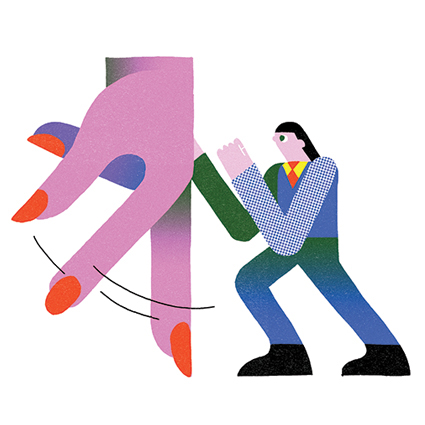 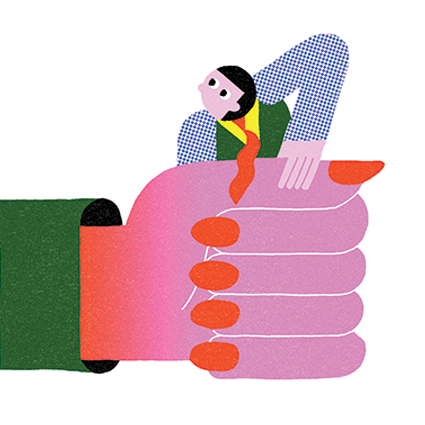 What do you dream of?
Usually, I don’t remember my dreams. 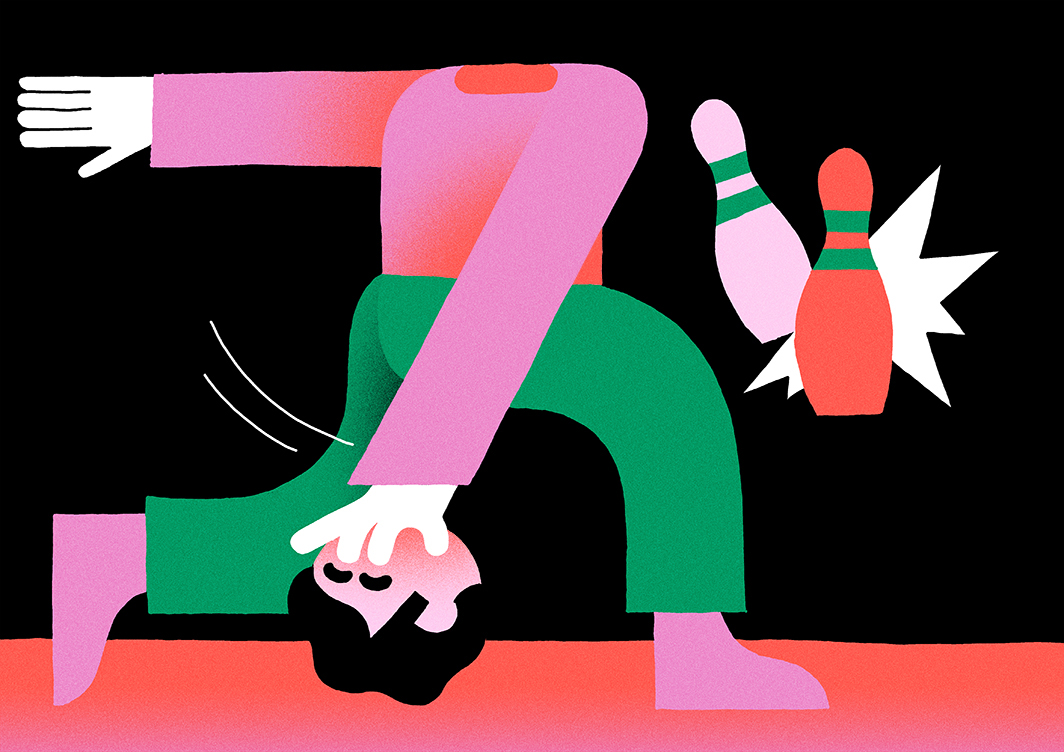 What’s the last song that got stuck in your head?
I usually don’t listen to music with vocals. But the last song in my head has to be the one I’m listening now. Last weekend I was attracted to a nice cover design of a record in the shop window. I wrote down the name, and I’m now checking this record out (online). Usually, records with nice covers are disappointing. But I have to say I like this one: The Mystic Jungle Tribe – Plenilunio

If any readers find themselves in your town… Please give us your top tips!
I live in the South part of Rotterdam. Which is often described as ‘ghetto’ of Rotterdam. So maybe my tip is also checking out this part of Town you would be positively surprised. 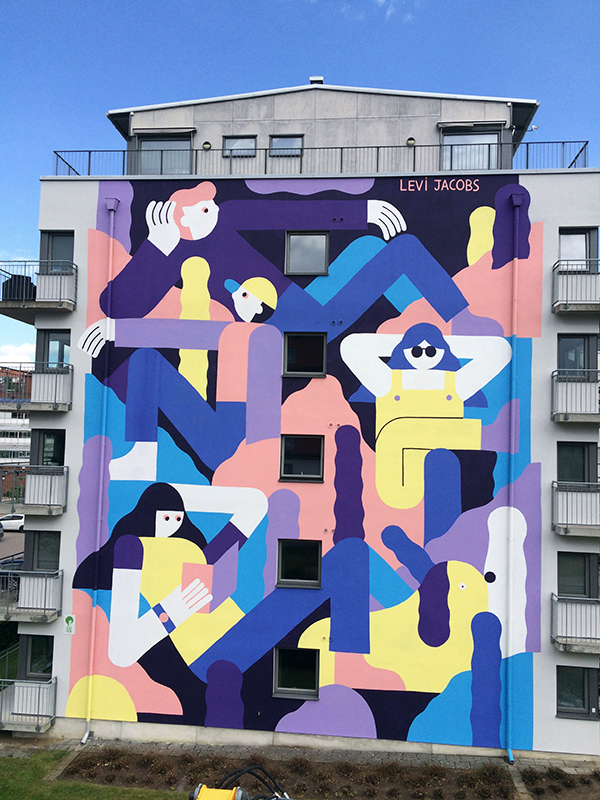 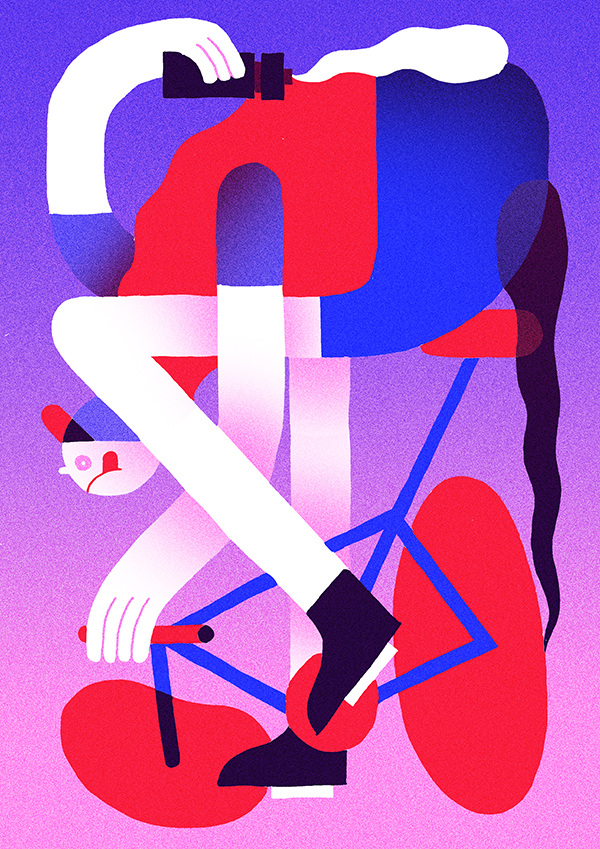 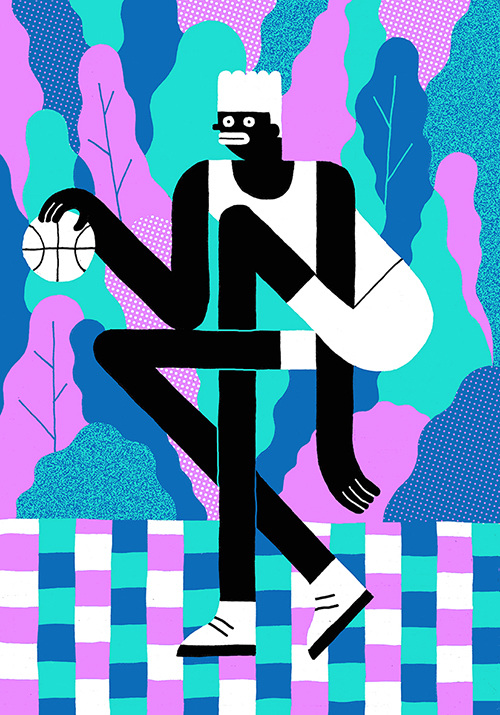 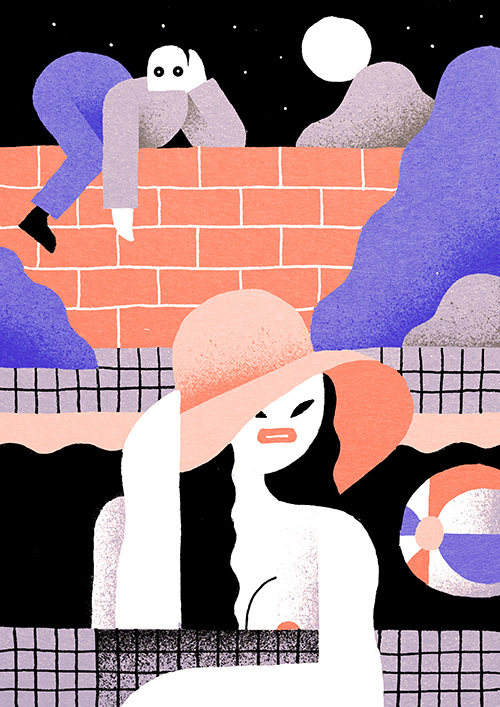 What would you do if you could start all over again?
Sometimes I image being a kid again, but with the same experience and knowledge, I have now. I don’t know if it would change anything except the fact that you are aware of the amazing time you have when you are a kid. You have a lot of freedom and no responsibility. I kind of try to recreate those values in my life now 😉 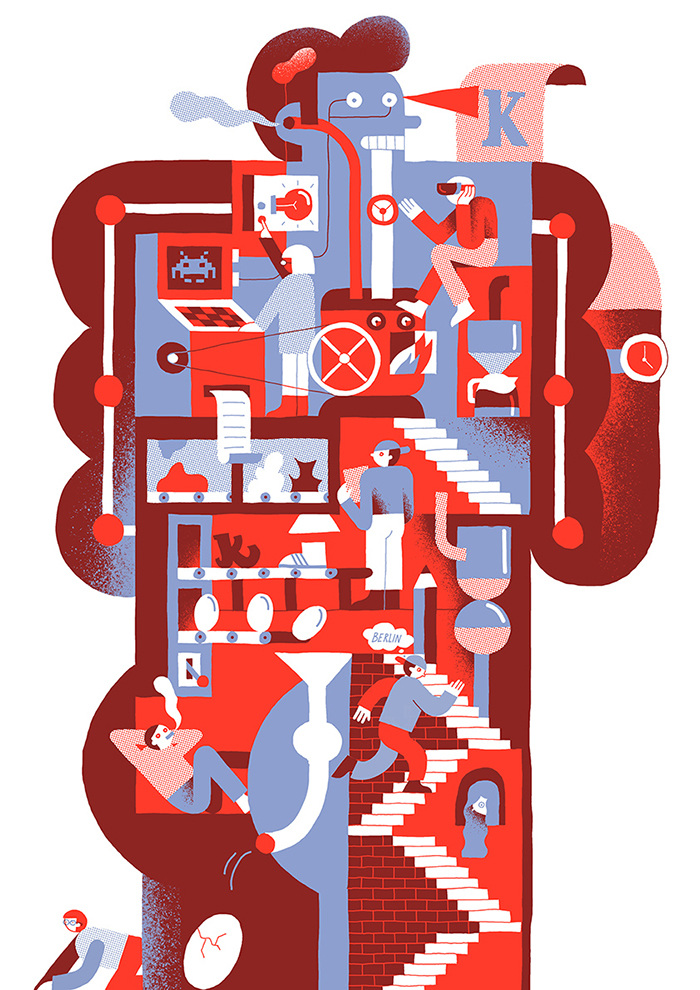 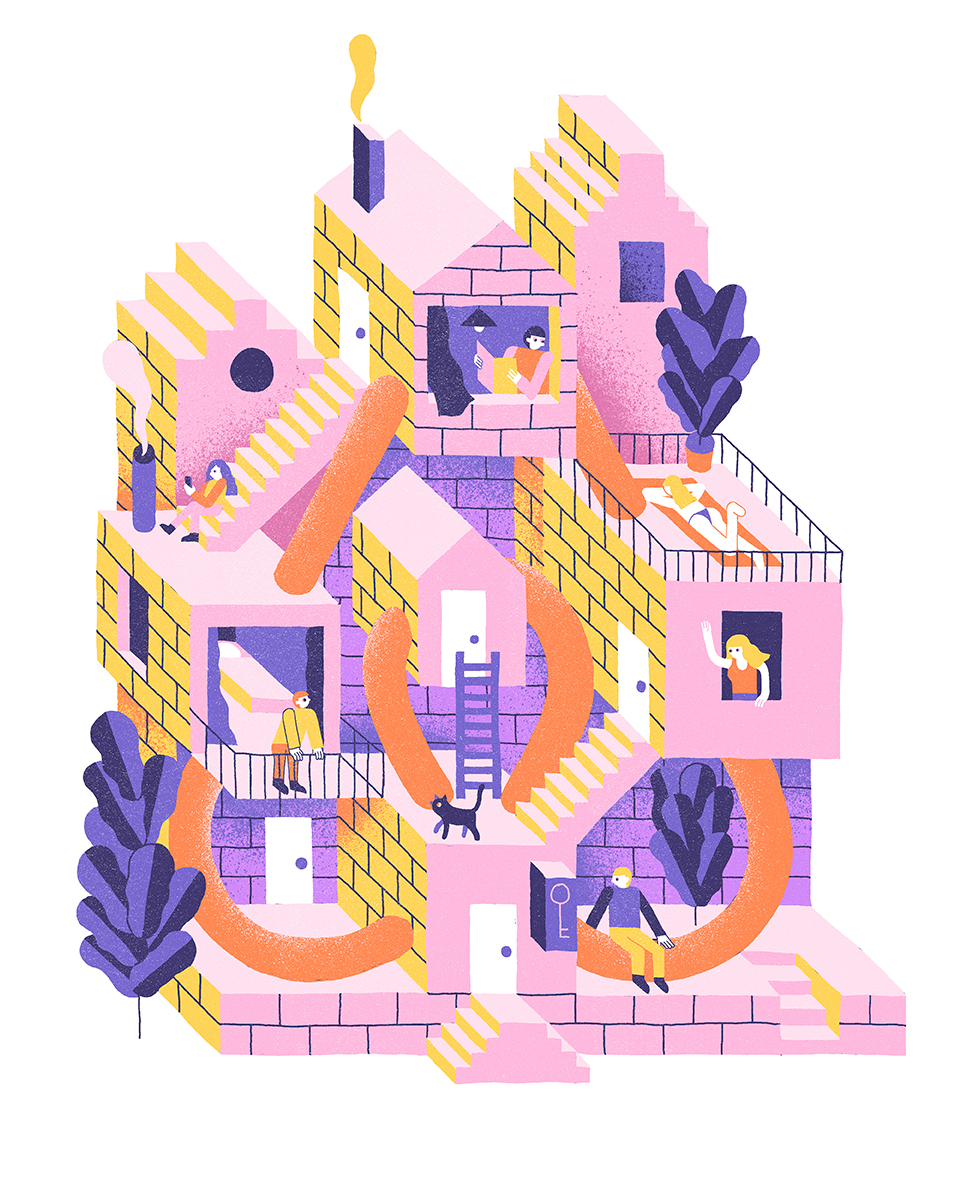 Finally, Is there something you wish interviewers would ask you — but never do?
It’s refreshing to not only get questions about my work. So I like this interview.